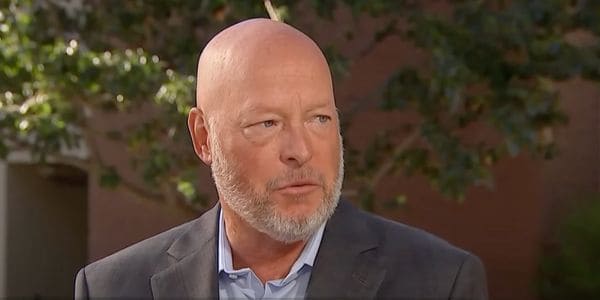 Disney CEO Bob Chapek recently sat down with the Wall Street Journal and discussed various things about the Disney Parks in their current form. Chapek talked about the prices as well as how the Parks are operating.

One of the most interesting discussions to come out of the interview was what Chapek had to say about the reservation system.

For those that may not know, both Walt Disney World and Disneyland are operating with a Park reservation system.  Guests must still collect and obtain a Disney Park Pass to enter a theme park, and as we noted, those do not seem to be going anywhere soon as you can currently make Park Passes through to 2024.

Interestingly, Disney is currently being sued by both Disneyland and Walt Disney World annual pass holders over the somewhat confusing system.

Chapek was singing a slightly different tune in the interview, however. The CEO essentially dismissed criticisms of the system, claiming that it actually has the potential to create a great guest experience. Chapek also likened the reservation system to how hotels and airlines operate due to their fixed capacity.

Chapek did admit that to some, the very thought of the park reservation system is “heresy,” but notes that it’s “not only good business practice in terms of maximizing shareholder value, but more importantly, it protects the guest experience so that when you get into the park, you can have confidence it’s not going to be overcrowded”.

The full, nearly 40-minute-long interview can be seen below:

What do you think about Bob Chapek’s comments? Do you like the reservation system?