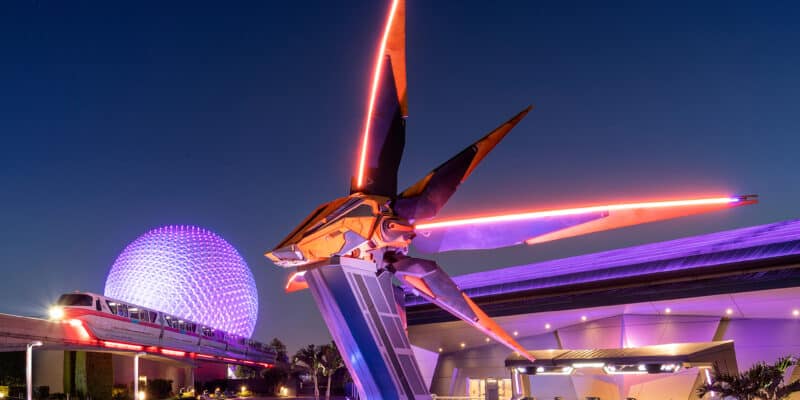 There may not be a more popular Disney World ride currently than Guardians of the Galaxy: Cosmic Rewind.

The popular EPCOT attraction at Walt Disney World Resort opened in May of this year and Guests visiting the Disney Park have been extremely excited to see the new ride, inspired by the beloved Marvel franchise starring Chris Pratt (Star-Lord/Peter Quill) and directed by James Gunn.

However, with Disney World crowds seemingly dropping– at least to some extent– with school back in session, there have been several videos of Cosmic Rewind, that has is only available by reservations through the virtual queue, almost empty.

Now, a Guest has gotten to ride it all by themselves.

As you can see in the video, he is all alone in the Guardians of the Galaxy: Cosmic Rewind line queue and even gets the entire train to himself.

Essentially, it just worked out that he was able to get in the final boarding group for reservations to ride the attraction, and hilariously that put him all by himself. Either others who were in that boarding group didn’t show up, or he somehow found a way to be the only one put in the boarding group.

Either way, it has to be a pretty fun experience (and something that you’ll never forget) to have been the only one on the Disney World ride, especially given its popularity.

In addition to Cosmic Rewind, you can enjoy plenty of other fun experiences at EPCOT, including Frozen Ever After, Soarin’ Around The World, Living with the Land, and Remy’s Ratatouille Adventure. Magic Kingdom, Disney’s Hollywood Studios, and Disney’s Animal Kingdom also have many incredible attractions to enjoy, including Haunted Mansion, Pirates of the Caribbean, Jungle Cruise, “it’s a small world”, Splash Mountain, Space Mountain, Mickey & Minnie’s Runaway Railway, Twilight Zone Tower of Terror, Slinky Dog Dash, Expedition Everest, and Avatar: Flight of Passage.

What do you think of this hilarious video on the Disney World ride? Let us know in the comments!