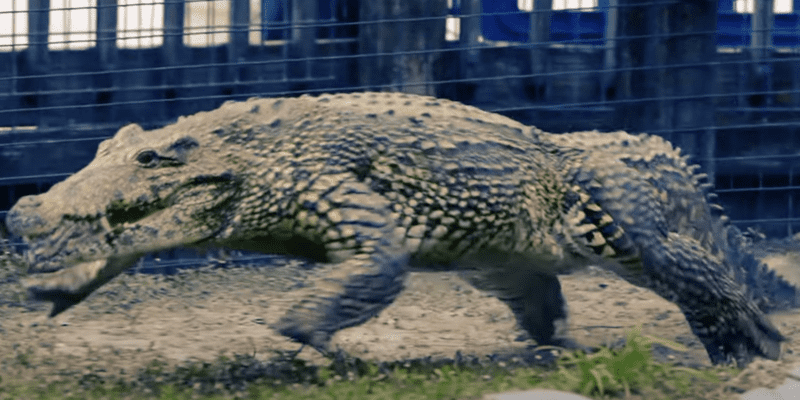 There is no shortage of stories of Floridians being chased by crocodiles, but it’s not very often that an incident occurs inside a Florida theme park.

But, it’s not just Disney that brings in tourism. Universal Orlando Resort— home to Universal Studios Florida, Universal’s Islands of Adventure, Universal’s Volcano Bay, and the upcoming Epic Universe– has provided healthy competition to Disney, and there are others like SeaWorld Orlando and Busch Gardens Tampa Bay, as well.

One popular theme park, located in Orlando, allows Guests the opportunity to get up close and personal with alligators and crocodiles. Of course, we’re talking about Gatorland.

Just recently, a video went viral showing a crocodile galloping as it chased a man inside its enclosure.

Gatorland shared the video on its Facebook page, and it has since received more than 1 million views.

Nature And Heritage reshared the video on Youtube, which you can see below:

As you can see in the video, the crocodile is impressively and, perhaps, surprisingly fast. It gallops full speed in the enclosure, which was shocking to a lot of people viewing the video for the first time.

Gatorland describes itself as “The Alligator Capital of the World.” There isn’t a better place to see alligators and crocodiles of all sizes, from babies, also known as grunts, to the 14-foot monsters that call the theme park’s Breeding Marsh home. Gatorland even has the largest collection of extremely rare white leucistic alligators.  The theme park is also home to a free-flight aviary, petting zoo, one-of-a-kind animal shows, thrilling Screamin’ Gator Zip Line, and new Stompin’ Gator Off-Road Adventure to ensure that your day will be chock-full of fun, smiles, and special memories!

Gatorland also says it has been Florida’s leader in alligator safety and education since 1949.

What do you think of this video at the Florida theme park? Let us know in the comments!