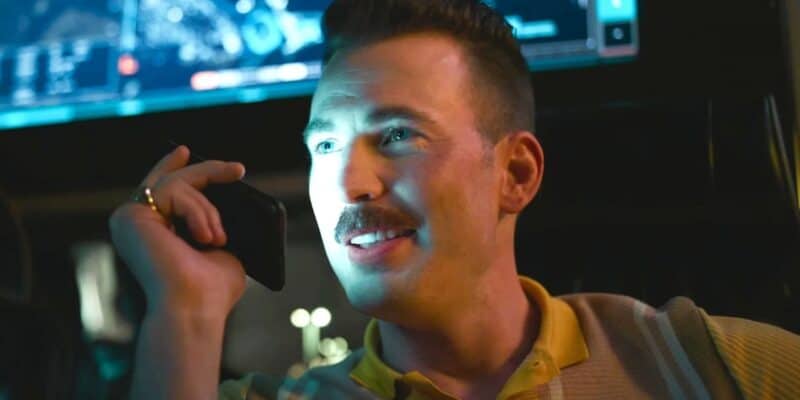 The Gray Man (2022) has been met with landmark negative reviews and hate from critics, but fans can’t get enough of the latest Chris Evans and Russo Brothers project. Now, the controversial Netflix movie is getting an official sequel.

Against all odds, The Gray Man is defying all negative press and critical reviews upon the film’s release on Netlfix, with every Marvel fan flocking to the streaming service to see Chris Evans share the big screen alongside co-star Ana De Armas (Knives Out, No Time to Die) and Ryan Gosling (La La Land, Drive).

With immense popularity and buzz on social media, Netflix has officially renewed the Russo Brothers’ action flick for a second outing:

#TheGrayMan sequel is in development with Ryan Gosling reprising his role

The Russo Brothers will direct

#TheGrayMan sequel is in development with Ryan Gosling reprising his role

The Russo Brothers will direct pic.twitter.com/JK9ZGKraud

Ryan Gosling and the Russo’s are returning to the world of Court Gentry, with a spinoff also in the works from Deadpool (2016) writers.

The Gray Man sits with a 6.6/10 IMDb rating, with Rotten Tomatoes feeling that it’s worth only 48%, but that isn’t stopping a 4.2/5 star rating amongst fans on Google.

Nonetheless, fans seem split on the film, either wanting more of Gosling at the forefront or to leave the picture where it lies now:

Not a perfect movie but there was enough solid action to make me want to watch another. They need to work on their close quarters combat.

Not a perfect movie but there was enough solid action to make me want to watch another. They need to work on their close quarters combat.

Good action, so-so story.
Room for improvement in the sequel

Good action, so-so story.
Room for improvement in the sequel

With Marvel Studios President Kevin Feige being open to welcoming Ryan Gosling as Ghost Rider of the Marvel Cinematic Universe, it’s evident that the future of Gosling is as bright as ever, especially with his upcoming Barbie (2023) movie starring Margot Robbie premiering next year!

More about The Gray Man

The Gray Man is a 2022 American action thriller film directed by Anthony and Joe Russo, from a screenplay the latter co-wrote with Christopher Markus and Stephen McFeely, based on the 2009 novel of the same name by Mark Greaney. The film stars Ryan Gosling, Chris Evans, Ana de Armas, Jessica Henwick, Regé-Jean Page, Wagner Moura, Julia Butters, Dhanush, Alfre Woodard, and Billy Bob Thornton. Produced by the Russo brothers’ company, AGBO, the film is intended to start a franchise based upon Greaney’s Gray Man novels. The film focuses on the CIA agent Court Gentry, who is on the run from sadistic mercenary Lloyd Hanson upon discovering corrupt secrets about his superior.

An adaption of Greaney’s novel was originally announced in 2011, with James Gray set to direct Brad Pitt, and later Charlize Theron in a gender-swapped role, though neither version ever came to fruition. The property lingered in development hell until July 2020, when it was announced the Russo brothers would direct, with both Gosling and Evans attached to star. Filming began in Los Angeles in March 2021, before wrapping in Prague that July. With a production budget of $200 million, it is among the most expensive films made by Netflix.

The Gray Man is currently streaming on Netflix!

Do you want another Gray Man movie? Comment below!