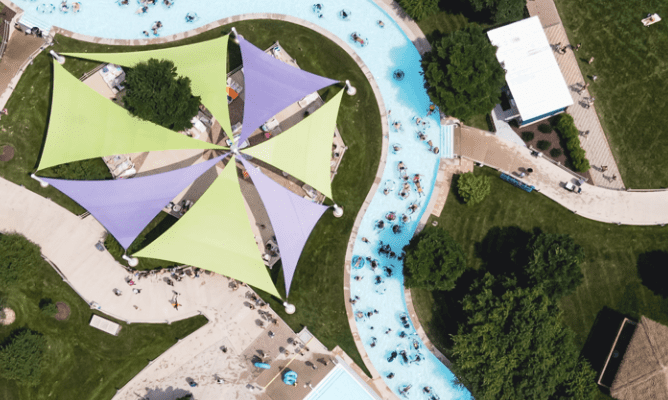 A man was recently arrested after threatening someone with a gun at a popular water park.

When you visit a theme park or water park, the most important aspect of the trip is safety. No matter where you choose to go, whether it be a Disney Park at Walt Disney World Resort or Disneyland Resort, or if it is another theme park like Universal Orlando Resort, Universal Studios Hollywood, Six Flags, Busch Gardens, or any other, you want to know that you and your family are going to be safe.

However, a scary situation recently unfolded at Raging Waves Water Park that resulted in an arrest.

The Yorkville Police Department says a Chicago man was arrested for having a handgun and threatening someone with it at Raging Waves Waterpark on Friday. 25-year-old Tyronn Jones Jr., of Chicago, is charged with aggravated assault and violating the concealed carry act. He was arrested by police without incident, according to reports by WSPY News.

According to the police report, Jones Jr. did not point the gun at anyone and the threat was made directly at a person he knew, not just randomly.

Raging Waves is Illinois’ largest waterpark. Celebrating 15 years of delivering family fun for all ages, guests will be able to experience various attractions including 32 water slides, a wave pool, three kiddie pool areas, relaxing lazy river, 43 private cabanas, and more. Thrill seekers will be able to experience the six-lane mat racing water slide, aptly named Aussie Mat Dash. The first Proslide RallyRACERTM in Illinois and one of three in the world, the Aussie Mat Dash can be found at the south end of the park, near The Boomerang, Cyclone and the Hungry Croc Restaurant.

Sitting on 58 spacious acres just 45 minutes southwest of Chicago, Raging Waves is the perfect place for a day trip, weekend getaway, birthday party, youth group outing, scout gathering, family reunion, and more. Nominated as one of the cleanest waterparks in the United States, Raging Waves takes pride in maintaining a clean facility for all to enjoy.