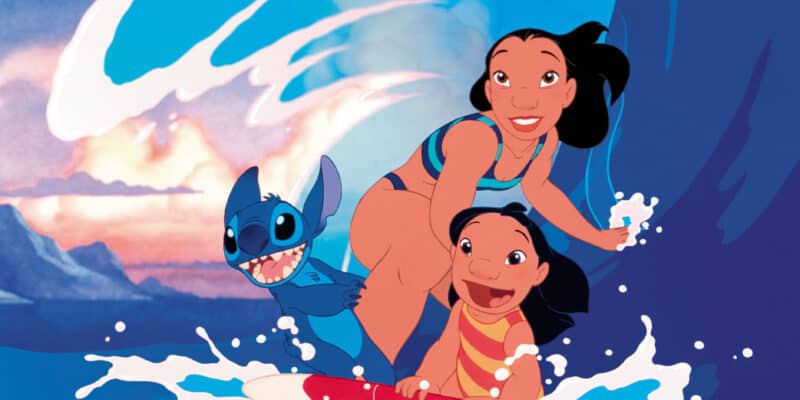 Disney is officially remaking Lilo & Stitch into a live-action movie, and Disney fans are beside themselves with either joy or confusion.

The world of Disney animation and live-action films is colliding like never before with Lilo & Stitch from Marcel the Shell with Shoes On (2022) director Dean Fleischer-Camp:

The live-action ‘LILO & STITCH’ remake is moving forward with Dean Fleischer-Camp as director.

The live-action ‘LILO & STITCH’ remake is moving forward with Dean Fleischer-Camp as director.

EXCLUSIVE: Following the critical success of his movie Marcel The Shell With Shoes On, Dean Fleischer-Camp has found his next project as he has been tapped to direct the live-action adaptation of the classic animated pic Lilo & Stitch for Disney. Dan Lin and Jonathan Eirich of Rideback are producing. Rideback’s Ryan Halprin is executive producing. Unknown at this time whether the film will be theatrical or on Disney Plus. Chris Kekaniokalani Bright is in negotiations to write the script.

The idea of a real-life Stitch gracing the screen of a Disney movie has been an online sensation for countless years amongst the Disney fan community, but now those dreams are coming true, and fans can’t believe it:

NO LEAVE LILO AND STITCH ALONE

Ok if Cobra Bubbles isn’t played by Dwayne Johnson then don’t even bother.

Ok if Cobra Bubbles isn't played by Dwayne Johnson then don't even bother.

Please for the love of all things good… Don’t.

Please for the love of all things good… Don't.

There’s enormous potential for Disney to knock a Lilo & Stitch remake out of the park, especially with a stellar redesign of Stitch that comes across as friendly instead of fan-made renderings that turn the hilarious character into a monster.

Nonetheless, with the potential of big-name actors and Hawaiian talents to create a new Lilo & Stitch, it’s clear that Disney knows what’s best for this notable film!

The synopsis of Lilo & Stitch reads:

“Lilo & Stitch is a 2002 American animated science fiction comedy-drama film produced by Walt Disney Feature Animation and released by Walt Disney Pictures. The 42nd Disney animated feature film, it was written and directed by Chris Sanders and Dean DeBlois in their directorial debuts. It features Daveigh Chase and Sanders as the voices of the title characters, and also features the voices of Tia Carrere, David Ogden Stiers, Kevin McDonald, Ving Rhames, Jason Scott Lee, and Kevin Michael Richardson. It was also the second of three Disney animated feature films (the first being Mulan, followed by Brother Bear) that were produced primarily at the Florida animation studio in Disney’s Hollywood Studios (then named “Disney-MGM Studios” during its production) at Walt Disney World near Orlando, Florida. Lilo & Stitch was Sanders’ first lead role, and Lee’s last widely released film until 2007.”

The film’s story revolves around two eccentric and mischievous individuals: a six (later seven)-year-old Hawaiian girl named Lilo Pelekai, who is raised by her older, young adult-aged sister Nani after their parents died in a car accident, and a blue extraterrestrial koala-like creature called Experiment 626, who is adopted by Lilo as her “dog” and renamed “Stitch”. Stitch, who is genetically engineered by his mad scientist creator to cause chaos and destruction, initially uses Lilo to avoid being captured by an intergalactic federation, but the two individuals develop a close bond through the Hawaiian concept of ʻohana, or extended family. This bond causes Stitch to reconsider and later defy his intended destructive purpose in order to keep his family together.”

“The film is based on an idea by Sanders, who originally conceived the character Stitch in the 1980s, and the film’s design and aesthetics are based on his own personal art style. The film premiered on June 16, 2002, and was officially released worldwide on June 21, 2002, to positive reviews, with critics praising its humor, charm, and originality. Produced on an $80 million budget and promoted with a marketing campaign that played up its oddities, it was a box office success grossing over $273 million dollars worldwide. It was nominated for Best Animated Feature at the 75th Academy Awards.[4] The film’s combined critical and commercial success made it one of Disney Animation’s few great successes during their post-Renaissance era in the 2000s, spawning a franchise that includes three direct-to-video sequels, starting with Stitch! The Movie, and three television series, including the sequel series Lilo & Stitch: The Series and spin-offs Stitch! and Stitch & Ai. A live-action adaptation is reportedly in development.”

Do YOU want a live-action remake of Lilo & Stitch? Comment below!