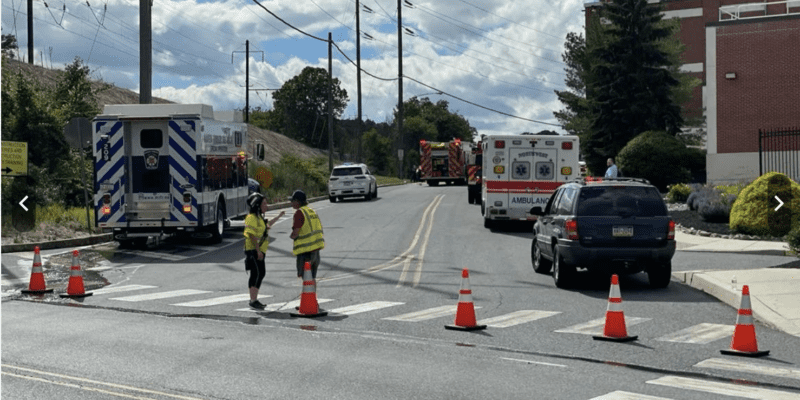 It wasn’t a Willy Wonka kind of an experience for two people at a popular chocolate factory on Thursday.

ABC News 27 reports that two workers were rescued after falling into a chocolate tank at M&M Mars Factory in Elizabethtown, Pennsylvania. The first victim was extracted from the tank at around 3:10 p.m. and the second was extracted around 3:25 p.m.

“Fire crews have eliminated pulling them straight out of a tank,” Brad Wolfe, communications supervisor for Lancaster County 911 dispatch, told CNN earlier on Thursday. “They have to cut a hole in the side of the tank to get them out.”

Authorities were able to cut a hole in the chocolate tank to help with the rescue and The Occupational Safety and Health Administration (OSHA) is investigating the incident.

At this time, no update has been given on the condition of the victims but it should be noted that they were both taken to the hospital following the incident. One was taken by ground and the other was transported by helicopter, according to reports from CNN.

Wolfe also noted that it is unclear at this point how the employees fell into the chocolate tank.

The plant is known for making a variety of products, including M&M’s, Dove’s Chocolate, and many more popular brands. It is located just 12 miles from Hershey, Pennsylvania, which is known as the “sweetest place on earth.” It is also known for its many attractions, including Hersheypark.

There is a M&M Store at Disney Springs in Walt Disney World Resort that just opened last year.