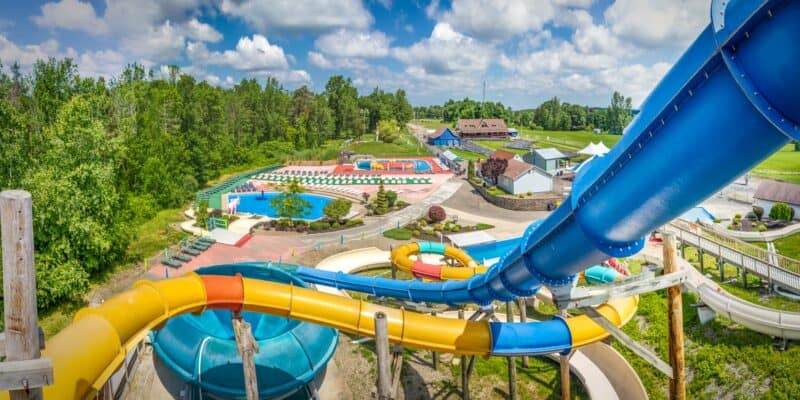 Could you imagine owning a theme park of your own? Well, that reality can come true for you right now, if your pockets run deep.

For many Disney, Universal, and overall theme park fans, the idea of being able to create a theme park, design rides, characters, pick music and shows, make your own theme park food menu, and more is a total dream. After witnessing the details that major theme park moguls have created, many fans dream of being able to contribute in some way. Now, although it may not be a Disney theme park, there is a theme park currently for sale, and if purchased, you can do with it as you please!

The theme park is located in New York, which is a perfect spot when it comes to tourism and travel to own a theme park. At the moment, family fun and Fulton-loved Thunder Island Amusement Park is on sale. Thunder Island comes in at the large size of 18,000+ square feet and is being sold for $2,750,000. So for under $3,000,000 you can own your very own theme park! As a comparison, in 2020 Florida Politics released what each Walt Disney World theme park would cost: “the 2020 value of the Magic Kingdom at $507 million, Epcot at $553 million, Hollywood Studios at $540 million, and Animal Kingdom at $437 million.” So, $3,000,000 is truly a steal!

The theme park would come with eight water slides with five pools, three go-kart ride configurations, a zipline, a mini-golf course, and a banquet facility. With 118 acres to play with, the new owner can keep it as is, or further develop the Park with more theming, attractions, and offerings. Click here if you are interested in learning more.

Although the ability to purchase a theme park is exciting, the reason that Thunder Island Amusement Park is on sale is not as magical as one may hope. Ron Falise purchased the theme park in 2018, and the spot quickly became his giant playground. His wife Lisa, who co-owned the Park stated:

“Our friend came to Ron one day and said you should buy a waterpark, Ron came home to me and said we should buy a waterpark, when I was done laughing I said, ‘What are you talking about?’ The rest is history. Ron became the heartbeat of Thunder Island and this was his, this was his baby and his joy and he put everything and then a little bit more into Thunder Island.”

Ron planned on expanding the water park before he tragically passed away. His wife Lisa has been heartbroken about the loss and said,“I see him everywhere, his favorite bench is right down at the end, that’s his most favorite place in Thunder Island and I see him every minute that I’m here and I can’t, I can’t it’s too much.” It seems due to this, Lisa has chosen to sell the Park, but she hopes that the new owner will continue Ron’s legacy and expand the Park as he once planned to.

We truly hope that the creative nature of the theme park continues through the years, and that Ron’s adventurous spirit lives on through Thunder Island.

Have you ever been to Thunder Island? Let us know in the comments below!