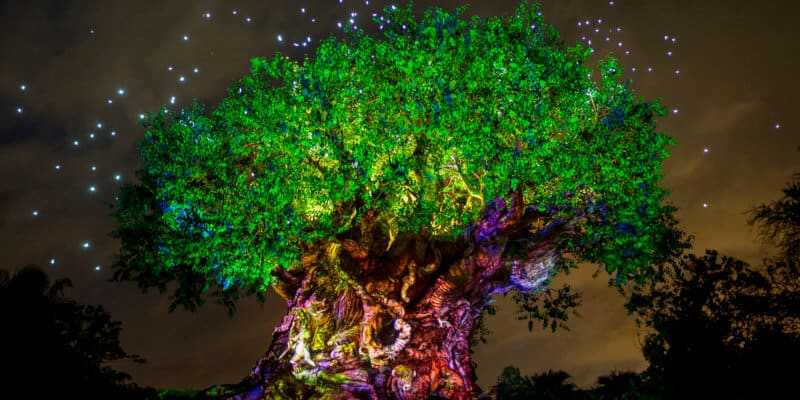 Walt Disney World Resort has something for everyone to experience.

Whether you’re looking for thrill rides, unique entertainment, or just wanting to enjoy some incredible snacks, no matter what Disney Park you visit, you’ll be completely immersed in the magic.

However, one of the challenges that Disney continuously faces is maintaining its beloved and iconic attractions.

In a recent Reddit thread, many Walt Disney World Resort Guests say they’ve noticed one attraction might be in need of some upgrades.

While experiencing It’s Tough To Be A Bug at Disney’s Animal Kingdom, User U/AliceTea63 said they noticed some of the animatronics on the attraction not quite working as they should.

“I have to ask, because last time I rode this flick looked .. not as fluid and kinda dull,” the Guest said. “Is it just too difficult for maintenance to up keep?”

User U/hawkeye2188 said when they went to Disney World in early February that an entire animatronic was missing.

“We went in early February and the Hopper animatronic was MIA,” the Guest said. “It definitely needs some TLC but I still enjoy the attraction.”

User U/TheRedditPizzaGuy said there was a problem with the Flick animatronic.

“Just back recently and yeah one of flicks eye was looking in the opposite direction of the other haha certainly needs a refresh,” the Guests said.

It’s Tough To Be A Bug is an original at Disney’s Animal Kingdom. The attraction opened on April 22, 1998, when the Disney Park opened prior to the debut of Disney Pixar’s A Bug’s Life (1998), which would hit theaters in November of the same year.

While the attraction has had its issues, it still remains a staple in the Park and fits perfectly right at the foot of the Tree of Life.

Disney World’s official description of It’s Tough To Be A Bug reads:

Become an honorary insect as you take your seat in the theater hidden at the base of the Tree of Life and don a pair of “bug eye” glasses. Enjoy a delightful 3D movie and live show hosted by Flik, the loveable ant from A Bug’s Life, and learn how insects survive in the wild.Bug Out!

During the show, dodge flying quills from a tarantula, feel a harmless spray from a soldier termite and sniff the putrid “defense stench” from a stink bug.When Hopper—the grasshopper villain from A Bug’s Life—unexpectedly shows up, the theater goes bug-wild!The moral of the story? It really is tough to be a bug. With dazzling 3D movie effects, Audio-Animatronics figures and in-theater 4D surprises, this is one show you’ll be buzzing about for a long time.

Disney’s Animal Kingdom is home to many fun and thrilling attractions and experiences, including Pandora with Avatar Flight of Passage and Na’vi River Journey, as well as Discovery Island, The Celebration of the Festival of the Lion King, Kilimanjaro Safaris, Expedition Everest (when it’s open), Kali River Rapids, Dinosaur, and much more.

What do you think of It’s Tough To Be A Bug? Let us know in the comments.