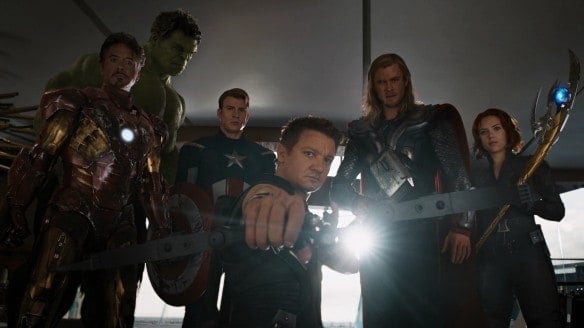 Some of earth’s mightiest heroes (minus Kevin Bacon) have joined forces and penned an open letter to the Royal Bank of Canada, urging them to stop financing the Coastal GasLink, a 416 mile long pipeline that will run directly through the Wet’suwet’en territory in northwestern British Columbia. Though TC Energy, the pipeline company overseeing the Coastal GasLink Pipeline, claims that they have established “true partnership” with the indigenous communities, the petition says that TC Energy has failed to gain consent from local hereditary chiefs of the indigenous communities the pipeline will run through.

The petition was organized by Indigenous Climate Action, an Indigenous-led organization guided by a diverse group of Indigenous knowledge keepers, water protectors and land defenders from communities and regions across the country, and is signed MCU heavyweights by Mark Ruffalo, Robert Downey Jr., Taika Waititi, and Scarlett Johansson. Climate activists Leonardo DiCaprio and Jane Fonda also signed the petition, alongside many other actors, artists, athletes and musicians putting their name to the open letter that opposes the multibillion-dollar natural gas pipeline project. Leonardo DiCaprio established The Leonardo DiCaprio Foundation in 1998 with the mission of protecting the world’s last wild places. In 2021, DiCaprio announced “… $11 million in new grants across our six program areas, bringing the total financial impact of LDF to over $100 million.”.

With real life heroes leading the change, citizens across Canada have followed as opposition to the Coastal GasLink project has led to rallies and rail blockades across British Columbia.

The petition reads as follows:

Though RBC claims to be a leader in climate-conscious banking, since acquiring CNB in 2015 RBC has spent more $160 billion to become one of the world’s largest and most aggressive financiers of tar sands, fossil fuel extraction, and transport. RBC is now the fifth largest funder of fossil fuels in the world. BankingOnClimateChaos.org

Though publicly claiming to “respect the inherent right of Indigenous peoples to self-determination”, RBC is heavily invested in the Coastal GasLink fracked gas pipeline now bulldozing through the pristine territory and waters of the Wet’suwet’en Peoples, without the consent of the Hereditary Chiefs.

What do you think about these stars becoming real heroes and combating climate change?

Comments Off on Stars Assemble for Avengers Level Threat