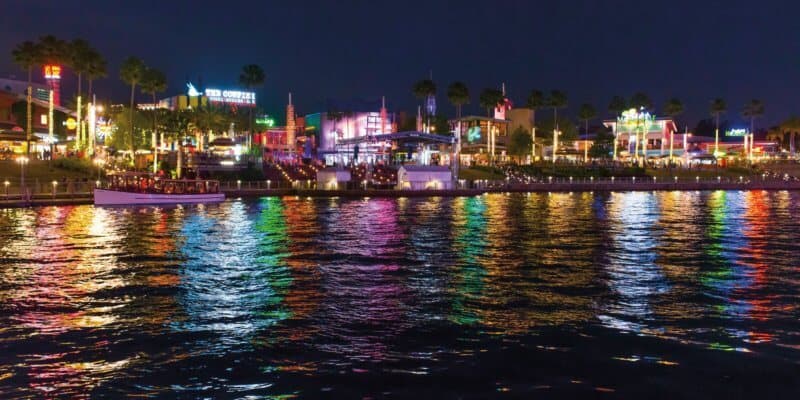 Universal Orlando Resort is constantly making changes, and sometimes that includes removing something to introduce something new!

When Universal Orlando Resort reopened from the pandemic, we saw some areas of the Parks have a slow start. Universal Studios Florida and Islands of Adventure both still continue to have aspects that have either not returned from the pandemic closure or have now closed. We have seen Fear Factor Live never return, and now, shut down, Poseidon’s Fury is still under refurbishment, to name a couple. At CityWalk, some locations have experienced the same.

The Groove is a nightclub-style venue at CityWalk but has still not reopened. Universal describes the location as:

Music and Lights for an Endless Night.
Locals and out-of-town visitors alike flock to this multi-level dance club boasting the latest in sound and special effects. Party through several uniquely themed full-service bars, check out the pulsating wall of video screens, and gaze out from the balcony terrace overlooking Universal CityWalk.

The location is listed as temporarily closed on the website; however, we have not seen any progress in terms of a reopening for quite some time. Recently, Inside Universal (@insideuniversal) posted a photo of construction walls going up around the location.

I would say this is the nail in the coffin for The Groove as it is now behind walls.

I would say this is the nail in the coffin for The Groove as it is now behind walls. @UniversalORL pic.twitter.com/VPscPoKzFQ

Since Universal has not announced that the location would be closing, this could just mean that some updates are being made to the nightclub, as construction walls are typically placed for refurbishment reasons as well. That being said, there has also not been an announcement of a refurbishment to the location. We will likely need to wait for this one out until we can see visible construction (whether that be for updates or a tear down).

In terms of CityWalk updates, the biggest one that has occurred as of late was the move of the Universal Store, which is now across from its original location in a much bigger space. Right now, the biggest construction project at Universal is Epic Universe, which will be an entirely new theme park!

What would you like to see come to CityWalk if The Groove is removed? Is something missing in the area?