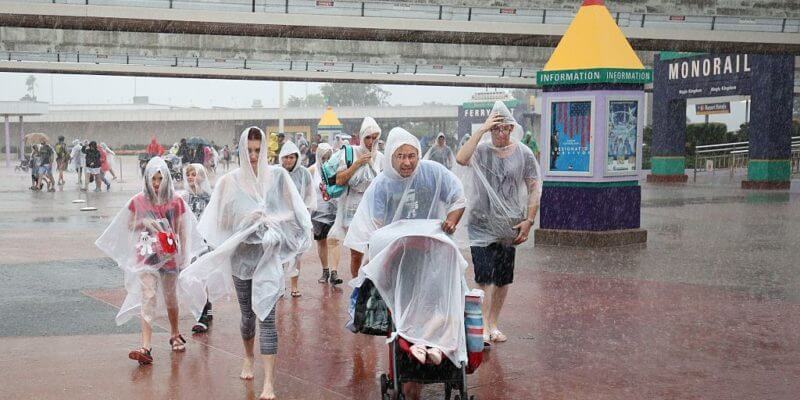 Even though Walt Disney World Resort has already set up its Christmas decorations and Guests are starting to move into a holiday mindset, it is essential to remember that Disney World is still not out of hurricane season by being located in Florida.

This year has not been a terrible hurricane season for Central Florida, as severe damage has not been caused, especially in the Orlando area. That being said, hurricane season spans for months, and Guests should always be ready for intense rain to our down on their vacation, along with severe storms.

The Orlando Sentinel recently released an article discussing the possibilities of a hurricane hitting Florida this late into hurricane season. The publication mentioned that although not incredibly likely, there is always a chance.

In 2020, the NHC was watching a tropical depression form in the Caribbean on Oct. 31 just west of Nicaragua. That storm developed and became Hurricane Eta. It made landfall in Nicaragua as a Category 4 hurricane, and about 12 days later, Florida would face off with Eta.

Over the last 100 years, Florida has experienced 17 named storms in November, with only two of them hurricanes, according to the National Oceanic and Atmospheric Administration’s records.

However, if you are a Walt Disney World Resort Guest during a hurricane, you are in luck! Disney is extremely equipped to handle any hurricane that comes its way as the Resort buildings are hurricane-proof. This ensures that their Guests are safe no matter what storm is rolling in! This year, we even saw hurricane meal kids being sold when the possibility of hurricane Elsa rolling in with severity was present.

When Walt Disney was scouting where he should put Disney World, ensuring that there was enough room, it was accessible, and keeping it away from hurricanes was a significant priority. Miami and Ormond Beach were options; however, they were much too close to the ocean, and Ocala did not have enough roadways, so Orlando, a city 60 miles from the coast, was chosen.

Disney World has only had to close six times due to hurricanes since opening in 1971. Below is a list of each hurricane closure recorded since Disney World opened:

At the moment, there is no hurricane slated to hit Central Florida, which is fantastic! If one does roll in, rest assured that Diseny will always take great care of you during your stay!

Have you ever been to Disney World during a hurricane or tropical storm?