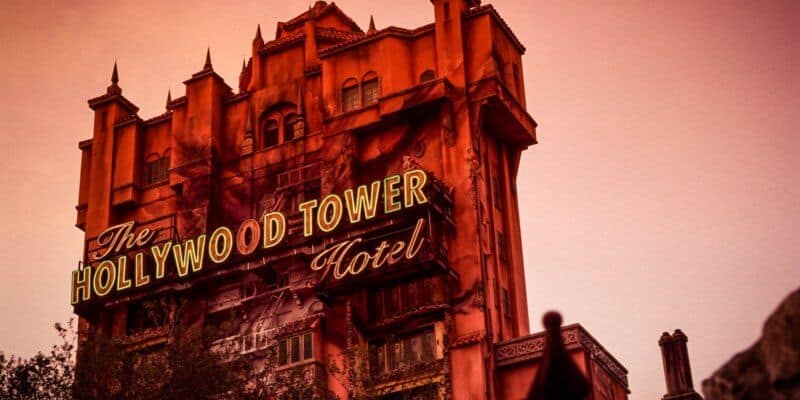 When you visit Disney’s Hollywood Studios at Walt Disney World Resort, there is one ride that often attracts Guests right away. Sitting on the edge of Sunset Boulevard, Guests can venture onto The Twilight Zone Tower of Terror, but things are not as terrifying as they may appear.

The storyline and immersive qualities of the attraction instantly have Guests feeling uneasy. From the abandoned facade and gloomy, run-down interior, to the Cast Members playing into the spooky theming, to the horror-infused pre-show, the attraction sets up the story of a crashing and lightning-struck elevator very well. When Guests see the tower from the exterior, it looks massive, and inside the elevator, we see that there are 13 floors to drop between, meaning you will travel 13 stories — but that is actually incorrect.

Disney TikTokers The Mouselets (@themouselets) shared a video which states that Guests are actually only dropping nine stories when they ride the attraction and not the 13 stories which is advertised on the exterior of the service elevator.

get your just dropping in bag today for only 43!!

Knowing this, some Guests who were initially too scared to ride the attraction may actually feel a little more comforted knowing that the ride appears bigger than it actually is!

Disney describes Tower of Terror as:

Did you know that Tower of Terror is only a 9-story drop? What other Disney ride facts are your favorite?