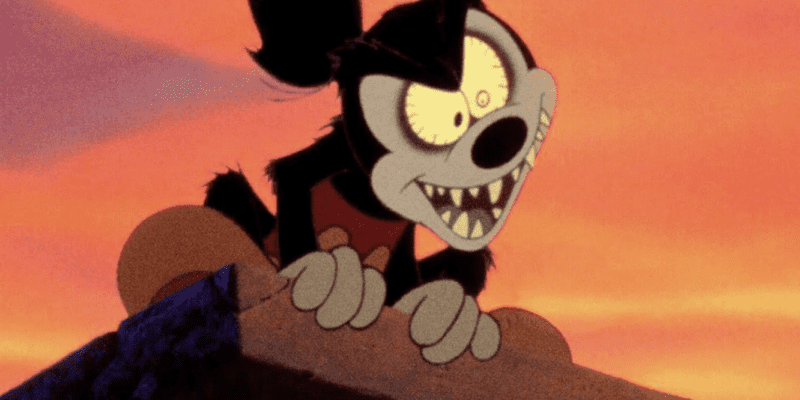 Over the past 93 years, there have been many Mickey Mouse shorts developed by the Walt Disney Company. Beginning in 1928 with Steamboat Willie, we know that it all started with a mouse.

Now with Disney+, it is easier than ever to relive the older Mickey shorts, as well as introduce yourself to the new ones. But, there is one Mickey short that Disney does not seem to promote or make available anywhere actively, and that is Runaway Brain. In case you haven’t heard of Runaway Brain, we will delve into the plot shortly, but it was a Mickey short that showed a much scarier side of Mickey Mouse.

During Eisner’s Disney renaissance era, where Disney’s animation department made a triumphant return to success through the late ’80s to ’90s, the company realized that they had forgotten about one essential Disney character, Mickey Mouse! In order to ensure that Mickey Mouse and the popularity of the character’s short films stayed relevant, animators and directors would be tasked to help create shorts while they were between bigger animations such as Beauty and the Beast or Aladdin (and the list goes on).

As reported by Polygon:

Creative executive Kathleen Gavin, who was coming off Tim Burton’s The Nightmare Before Christmas, was put in charge of these “outside projects”. “They took anything that wasn’t the main feature and threw it into my world,” Gavin tells Polygon. At the time, Ralph Guggenheim from Pixar referred to Disney’s side projects as the “lunatic fringe.” Executives on the merch side were antsy to get Mickey out there in a “wacky and out-there” way, and it became a priority for Gavin’s team.

Chris Bailey, the eventual director of Runaway Brain, was now tasked with an in-between project. After a few pitches, and one that had Donald Duck trying to Kill Mickey, Bailey came up with Runaway Brain.

In “Runaway Brain” finds Mickey Mouse signing up for an experiment with scientist Dr. Frankenollie (voiced by Kelsey Grammer), with the hopes of paying for an expensive vacation for himself and Minnie. Mickey winds up getting more than he bargained for, when Frankenollie swaps his brain with a hulking monster. Mickey then must reunite his brain with his body, and without the help of Dr. Frankenollie — in one of the short’s darker turns, he is killed by the experiment. The short is a frantic race against the clock that includes a number of perilous scenarios, including one where the monstrous version of Mickey attempts to woo Minnie. Eventually, both monster and Mickey are electrocuted, and their brains swap back. In the closing moments of the short, Mickey and Minnie make it to Hawaii, and ride the monster as he swims through the ocean, propelled by a wallet photo of Minnie that Mickey dangles in front of him.

Bailey and his team worked tirelessly to give the cute animation of Mickey a much scarier appeal. Before showing the short to its first audience, Jeffrey Katzenberg Chairman of the Walt Disney Studios left Disney. This detail would play a significant role in the short’s demise as Jeffery was a major cheerleader and supporter of the film.

After the short was shown, with two alternate endings, the crowd loved it, and Eisner even complimented Bailey, which is why Bailey was in shock when executives were demanding massive cuts and change the next day. A new editor was hired, and the film was altered against Bailey’s wishes.

On March 25, 1996, Runaway Brain was nominated for Best Animated Short at the 68th Academy Awards. Although the short lost, it was still highly regarded among many. Now, it is nearly impossible to find the film. Polygon reached out to Disney, who “declined to shed light on whether there’s a future for Runaway Brain.”

When looking for the video on YouTube, many versions have been removed, but there is one that is available on Daily Motion if you want to check it out.

Have you ever heard of this short? Is this something you would be interested in watching?