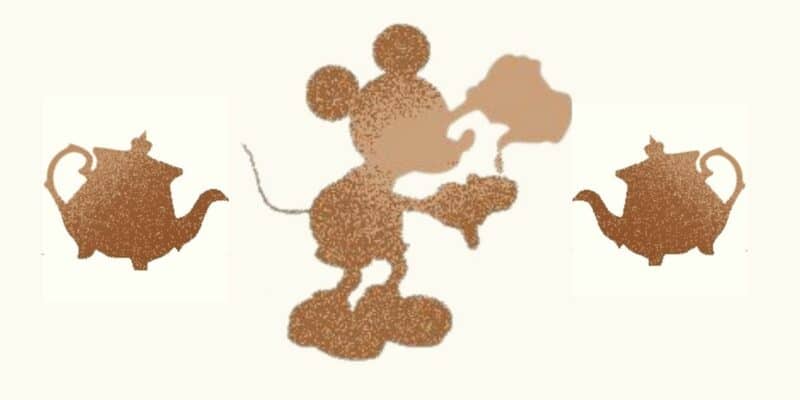 The Kent and Sussex Tea and Coffee Company is so wild about tea, they sat down to analyze 39 hours of Disney films to prove it! Analyzing the classic films frame by frame, Kent Tea and Coffee have released a guide into Disney’s tea obsession. The beautifully illustrated study gives us visual aids of tea depictions around the Disney world!

This Movie Features Tea More Than Any Other Disney Film 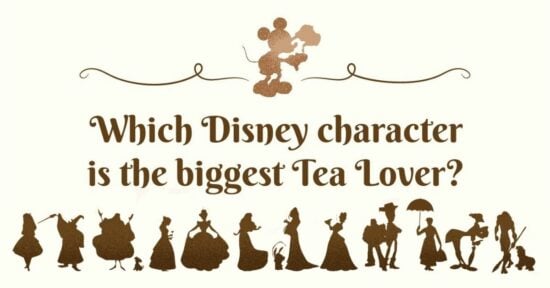 So how do you count what really makes a tea mention, pour, sip, or otherwise? The Kent and Sussex team went fairly analytical with their look at Disney tea.

“A ‘tea scene’ is defined as any scene in which hot tea is served, poured or drunk. It does not include scenes in which crockery (teapots, teacups or other tea options) are in the frame or ‘tea’ is mentioned in dialogue. These metrics are considered separately to offer a more holistic overview.”

By that methodology, pure props don’t count, and Mrs. Potts might not stand as much of a chance as we think! We hear from characters Mary Poppins, Alice and her iolder sister, and Nanny (101 Dalmatians) that it’s time for tea… but now we can actually measure how much they are participating!

“Alice in Wonderland has the longest tea scenes, racking up over twelve minutes (15.5% of the film) of hot-tea content. The Mad Hatter’s tea party is the most iconic, but the Mad Hatter also lays out an impressive table of tea for the Queen of Hearts and Alice falls through a hot teacup in one of the final scenes. Alice in Wonderland mentions tea 24 times with 160 teapots and 120 teacups!

The film with the second longest tea scenes is an unexpected entry. six minutes (8.5% of the film) of Disney Princess Cinderella is devoted to ‘tea time’. One of Cinderella’s main duties is serving tea to the household, even though in the entire film, Lady Tremaine (the wicked stepmother) is the only character to take a single sip of tea.

In third place is Mary Poppins, with nearly four minutes (2.5% of the film). Mary Poppins has the most characters who interact with tea of any Disney movie, but the most preoccupied isn’t Mary Poppins but Mr. Banks (not even cannon-fire comes between him and his morning cup of tea).”

Using the top five afternoon tea-crazy movies, Kent Tea and Coffee can also reveal who Disney’s ultimate tea connoisseur is, by adding up the number of times characters poured, talked about, or drank tea.

“Disney’s Alice in Wonderland‘s Mad Hatter beat his companion, the March Hare, to the title of Disney tea lover. The March Hare mentions ‘tea’ more than any other Disney Character and also consumes just as much tea as the Mad Hatter. However, the March Hare was far less hospitable – pouring less than half the cups.”

Disney Tea Around the World

Curious as to what teas are consumed worldwide by Disney characters? England ranks at number one with five movies under its belt, while France comes in second place! The Kent and Sussex team notes,

“Playing into cultural stereotypes, ‘tea time’ is a core plot-point of many British-based Disney films like: 101 Dalmations, Mary Poppins and Sword in the Stone. In fact, half of the top ten tea-mad movies are based in Britain.

French based films, like Cinderella and Beauty and the Beast, feature the second most amount of tea, with three entries in the top ten. The US comes third, with entries like Toy Story and The Princess and the Frog.

The only other regions with distinctive Disney tea-scenes are China (the cultural home of tea) and West Africa. This is perhaps a reflection of Disney’s historic lack of diversity (and note that in both these locations, European style teapots are shown).”

About The Kent and Sussex Tea and Coffee Company

The business was established in 1982 by the Smith Family on their return to Kent from India and is based in the heart of the English County of Kent. They are a Tea and Coffee Importer, Packer and coffee and Tea Wholesaler. Producing a range of over 1,000 products including Loose Leaf Teas, Tea Bags and Fresh Roast Coffee.

Which Disney tea scene is your favorite? Leave us a comment below!