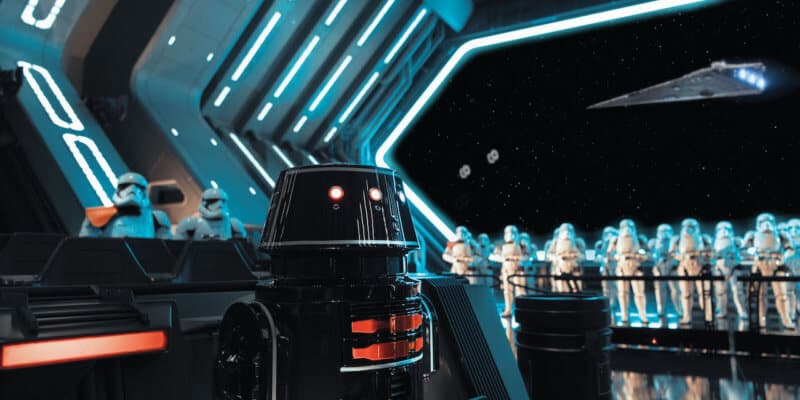 This week, there was some confusion surrounding whether a VIP Tour would provide access to the most popular ride in Star Wars: Galaxy’s Edge. Rise of the Resistance typically only allows Guests to ride the attraction if they have obtained a boarding group — this system is in place at both Disneyland Park at Disneyland Resort in California and at Disney’s Hollywood Studios Park at Walt Disney World Resort in Florida.

Keep in mind, though, that unlike other attractions at the Disney World theme parks, Rise of the Resistance can only be expeirenced once per day on a VIP tour. So, although a boarding group is not needed at this time for VIP Tour Guests, you can only ride the attraction once. We recommend discussing your day (and your must-do attractions and other experiences) with your VIP Tour Guide so that you can decide when would be the best time to ride the iconic E-ticket attraction in Star Wars: Galaxy’s Edge.

A VIP Tour costs hundreds of dollars per hour, and the total cost can depend on the time of year you book your tour as well as the total duration of the tour. The price ranges between $425 and $750 per hour, depending on the season, with a minimum duration of seven hours. A total of 10 Guests can be hosted by one VIP Tour Guide — if you want to bring more Guests with you, the cost will increase, as you will need another Guide. Valid theme park admission is required.

Note that access to Rise of the Resistance without a boarding group has been confirmed for VIP Tours at Disney World. We will update this article with more information as it is released for Disneyland.

Have you ever taken a VIP Tour at a Disney Park? Let us know in the comments and click here to book a tour through an Authorized Disney Vacation Planner!

Comments Off on Get Access to Rise of the Resistance on a VIP Tour!