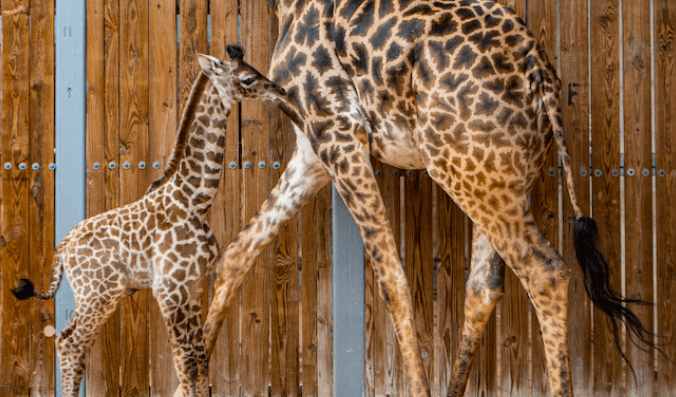 We have great news for animal lovers visiting Disney’s Animal Kingdom in the coming weeks! According to Disney Parks Blog, a new baby Giraffe was born this month. 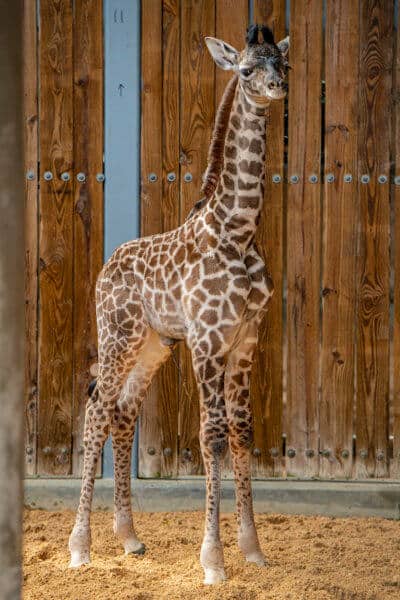 It’s a boy – a big boy! The healthy, long-legged calf towers nearly six feet tall and weighs in at 183 pounds! Born on June 10, he’s playful, curious and pretty chill, spending lots of time nuzzling with mom, Lily, in a backstage barn. He’s a special guy with a unique butterfly marking over his right shoulder and heart-shaped markings dotting his coat.

One of the most impressive collaborations to ever come from Disney is the work they do with the Association of Zoos and Aquariums’ Species Survival Plan Program. Masai giraffes are known as the largest-bodied giraffe species, making them the tallest land animal on Earth. Disney and the Survival Plan Program know just how important these amazing animals are, as Disney Parks Blog shares,

A heartfelt congratulations to our devoted animal care team for this latest animal birth at Disney’s Animal Kingdom. It marks another success for the Association of Zoos and Aquariums’ Species Survival Plan Program that oversees responsible breeding of threatened and endangered species. Giraffes are a vulnerable species facing a silent extinction in the wild, with a population decline of 40 percent over the past 30 years. There are roughly 35,000 Masai giraffes left in the wild, and their population continues to decline due to poaching and habitat destruction.

Guests visiting Disney’s Animal Kingdom will be able to see Lily and her cute little calf on Kilimanjaro Safaris very soon! It will be an exciting day for many who enjoy tracking down the savanna and seeing mother and son join the rest of the tower (the name for a group of giraffes!). Check out this video Disney shared showcasing this adorable family!

Are you excited to meet this adorable guy in Disney’s Animal Kingdom soon? What should Disney name him? Let us know your thoughts in the comments below!