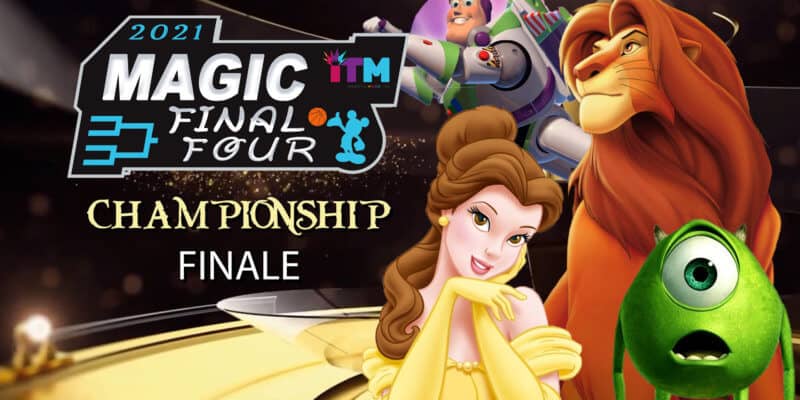 It’s all over! Magic Final Four’s month-long tournament has come to a close and a champion has been crowned! The championship round was our biggest week yet, with thousands of votes pouring in to help decide a winner. So who gets to call themselves the greatest Disney animated film in history? Watch the finale to find out now!

The Magic Final Four Championship Finale contains the reveal of our long-awaited champion, a special award presented to the most dramatic princess, and interviews with random people who don’t understand how the tournament works.  Will Monsters, INC pull off the unthinkable and win their first title?  Can The Lion King enact revenge after last year’s loss and win it all?  Does Toy Story have enough votes to bring the championship to Pixar or will Beauty & the Beast make history by becoming a back-to-back champion?  All your answers are here in the Championship Finale show!

ITM thanks you for all your support and participation throughout this tournament.  We hope you enjoyed it.  Join us on the morning of May 15th as we launch our new video series, Inside 300.  Catch up on all you need to know in the worlds of Disney & Universal in just 300 seconds.