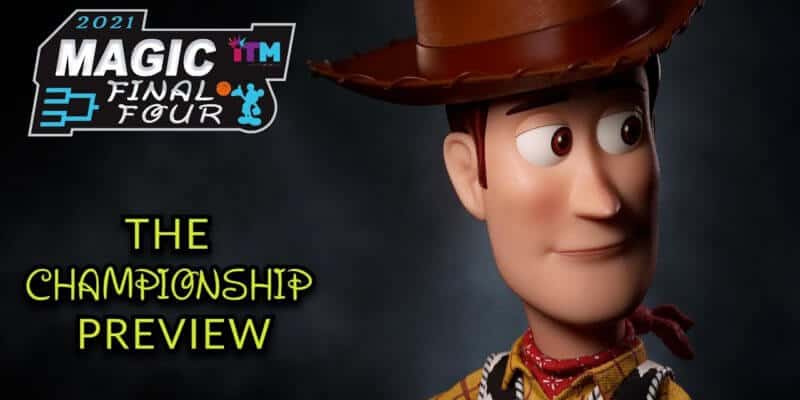 The Magic Final Four Championship is here! Buzz & Woody join the show to vouch for your votes and discuss why they believe Toy Story should win it all. We have cameras in Paris where fans are lining the streets in hopes of another Beauty & the Beast victory parade. Inside The Magic announces their brand-new video series coming in the middle of May and as always, we break down each team’s chances of winning the title.

Will it be Toy Story, The Lion King, Monsters, INC or Beauty & the Beast? Lock in your championship vote by heading to InsideTheMagic.com. The window closes Saturday night with the winner announced live on Sunday!

Magic Final Four is the ultimate interactive Disney & Pixar film bracket! Vote between 64 iconic movies and determine who will reign supreme as Disney’s best-animated film! Watch the live Preview and Recap shows every Wednesday and Sunday right here on Youtube.