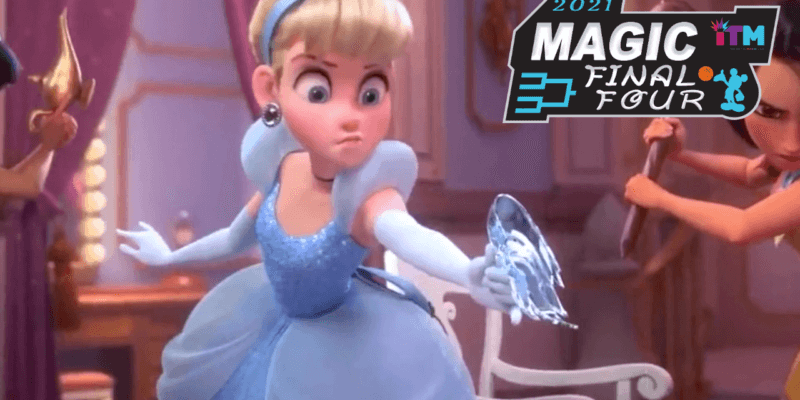 We welcome you back to Magic Final Four Round 3. It’s the Sweet 16 preview!

In today’s preview show Rapunzel joins us to talk about her game against Aladdin and a potential life without Flynn. Bryan & Jon break down the ultimate Disney Princess game when Cinderella faces off with Sleeping Beauty.

Moana attempts to take down the champion Beauty & the Beast as the two get ready to square off. Our Pixar matchups include Toy Story vs The Incredibles and Toy Story 2 taking on Up. Don’t miss these or any of our other exciting matchups.

Your votes determine the winners. Voting is now open here to determine who is headed to the Elite 8!

Vote between 64 memorable movies and determine who will reign supreme as Disney’s best-animated film! Watch the live Preview and Recap shows every Wednesday and Sunday right here on Youtube.

Be sure to let us know in the comments who you want to win it all this year.

Comments Off on Voting Is Now Open For Round 3 of Magic Final Four!