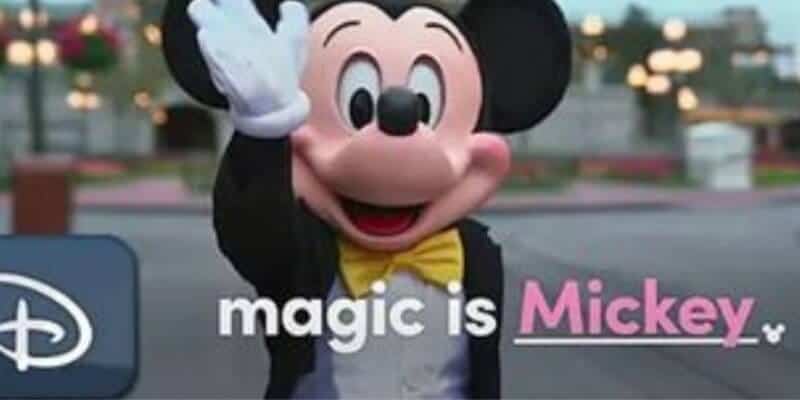 In less than two weeks, our beloved Disneyland Resort will reopen its theme parks for Californian residents. This has been a long year for Disney fans who have been craving Disney magic since the pandemic shut down our treasured parks.

And now, Disney Parks has shared a moving video that not only gives us the Disney feels but encourages Guests to come back “home” later this month.

Disneyland Park was Walt Disney’s dream come true. He wanted a place that brought families together and that dream came alive in this precious park. And to this day, it has so much meaning to many Disney lovers across the globe.

When Disneyland Park and Disney California Adventure closed to the COVID-19 pandemic, it not only caused sadness to those Guests who visited regularly, but many Cast Members were also, unfortunately, laid off and sent home.

But after being closed for more than one year, Disney California Adventure was given the go-ahead to call back Cast Members and partially open the park for dining and shopping only.

Related: How to Go to Disneyland on a Budget

Disney California Adventure is hosting an event called A Touch of Disney, which allows Guests to relive the old days of special events and exclusive food options. The event will run through April 19.

After the news broke that Disneyland Park and Disney California Adventure Park will officially reopen on April 30, Disney began working hard to get the parks ready for Guests and called back many Cast Members to return to work and retrain.

Now, Disney has released a touching video to get Guests excited for the reopening. With the sounds of the classic song “Heigh-Ho” from Snow White and the Seven Dwarfs, Guests will feel encouraged and see that Disney is working hard to ensure the Guests have the most magical time when the parks reopen while also remaining safe.

You can check out the full promo below:

Even though this promotional video is meant to get Guests excited for Disneyland to reopen, it also reuses some past Disney World promotional footage that was released since the Florida Disney Parks reopened last summer.

Who doesn’t get emotional watching a video like that? As the reopening of both parks is just around the corner, we only hope to see more behind-the-scenes videos showcasing what is in store for this momentous event!

What’s your favorite Disney commercial that was released? Do you have a childhood memory you want to share? Let us know in the comments below!

Planning your Disneyland or Disney California Adventure soon? Our friends at Academy Travel can help you plan your perfect Disney vacation!