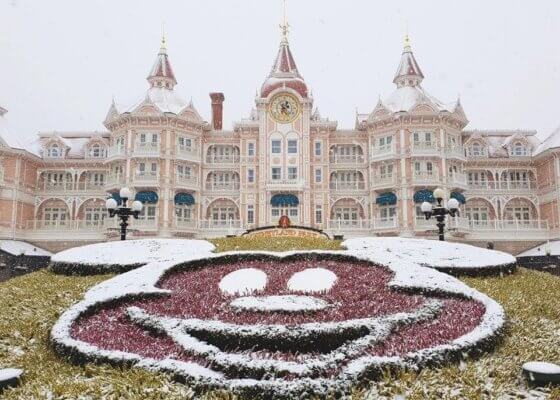 Despite the increasing number of people receiving their COVID-19 vaccination, new cases are continuing to be reported around the world. One of those upticks is occurring in France, which currently has more than 5,000 COVID-19 patients in intensive care.

France has also just announced a third lockdown, which will include school closures, the closure of all non-essential business, as well as restricted travel. In addition, the lockdown has affected whether Disneyland Paris is able to reopen the Disney theme parks in France.

In order to help combat the virus, France is creating 35 “Vacinnodromes” throughout the country.  One of those locations will be Disneyland Paris.  The theme park was originally scheduled to reopen to the public on April 2, but that has been pushed back to the spike in COVID-19 cases in the country.

The Disneyland Paris “Vaccinodrome” (which will open next month) is being launched in conjunction with 34 other locations throughout the country in order to help speed up their vaccine rollout.  Compared to other countries in Europe, France is currently behind on vaccine distribution. The government hopes to vaccinate up to 1,000 people a day at the Disney Park site. At this time, however, it has not yet been announced where on Disneyland Paris property the vaccine distribution site will be located.

The French Health Minister, Olivier Véran, said that the goal of the massive vaccination sites is to give at least 10 million French citizens their first dose by mid-April.  According to the Junior economy minister Agnès Pannier-Runacher :

“We have finished with the vaccination phase in elderly care homes, which was a bit more complex. This phase is behind us, and we can now expand vaccination [further].”

There is currently no information on when the Disneyland Paris, or any other ‘Vacinnodrome’ will open, but we will keep you updated as more information is released.

This is not the first time that a Disney Park property has been used as a vaccination site.  On January 13,  the Disneyland Resort  — in partnership with local health officials in California — opened a vaccine site at the Toy Story parking lot to allow frontline workers and those most at risk to receive their vaccines.  Lines formed down most of the property as people patiently waited to be vaccinated, as this photo from Twitter user Reluctant Adult (@peppermintroreo) shows. Now, even more people living or working in Orange County are eligible to be vaccinated on Disneyland Resort property.

At Disneyland POD to help my dad get vaccinated. We're 15 minutes early. pic.twitter.com/1JLVYx6nPk

There were also reports that Walt Disney World Resort in Florida could possibly become another vaccine distribution site, which you can read about here.

What do you think of Disneyland Paris becoming a vaccine site? Let us know in the comments.