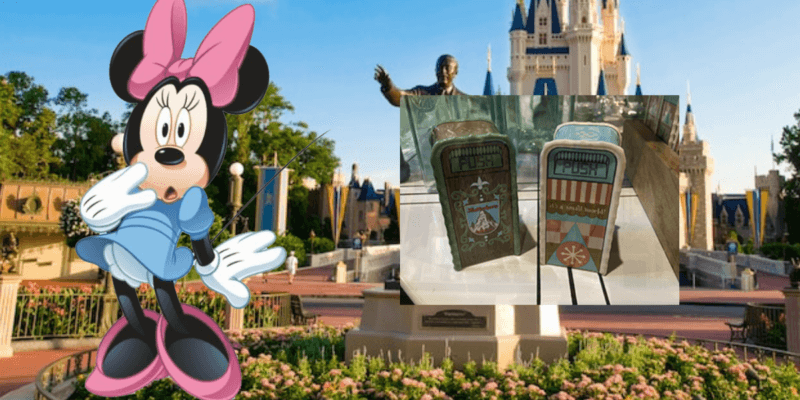 Recently the Van Eaten Galleries held an auction of vintage Disney items. Each item sold for an extremely high price tag, and a trash can from Disney’s MGM Studios park sold for an incredible $10,000!

By far the rarest part of the auction was Walt Disney’s personal scrapbook from WWI.

The Van Eaton Galleries described the auction as:

“Walt Disney: The Man, The Studio, and The Parks” was the single-most comprehensive and historically significant auction Van Eaton Galleries has ever offered, covering every aspect of Walt’s life, including his earliest writings and drawings, and the dreams made possible by his Imagineers and partners. Incredibly rare and highly sought-after, the auction included many items that have never before or only seldom come up for public sale.

The action was fast and furious, as soon as the bidding went live phone lines and live streamers who were bidding bid high prices on the items that were available.

The auction boasted many incredible parts of Disney theme park history, each selling for upwards of $10,000. Besides the Disney MGM Studios Park trash can there were some incredible items sold:

The Van Eaton Gallerie gave us details on the special WWI scrapbook that was taken home for an astounding $90,000.

Without question one of rarest and most historically important Disney artifacts offered at the auction was Walt Disney’s Personal WWI Scrapbook with pre-Mickey Mouse rodent drawings which features some of the earliest known artwork by Walt Disney, created in his downtime during the Great War. Inspired by “trench rats” that plagued the battlefront, Walt made rodents the subject of his artistic endeavors for the first time, ten years before he would change the world with the creation of Mickey Mouse. This scrapbook, titled “A Scrapbook Made for our Soldiers and Sailors,” was used by Walt in an attempt to process the war through art, and included 13 hand-drawn characters on 5 pages. The illustrations are an incredible look into the young mind of Walt Disney and included political and societal commentary on issues relating to war and mental health. Many of the drawings are signed “Disney” and dated 1918. The significance of this scrapbook in Walt Disney history cannot be overstated, as it represented one of the earliest examples of Walt’s creative genius as an illustrator and storyteller.

What an incredible part of Disney history!

Would you have purchased any of these items? Let us know in the comments!