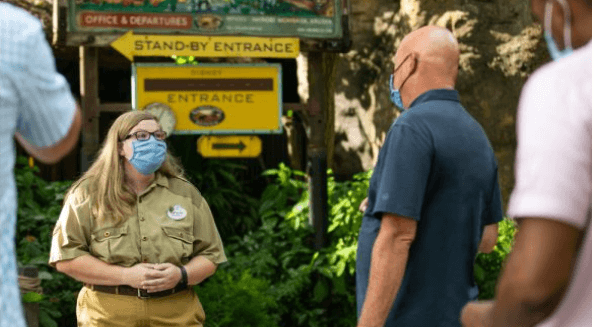 UNITE HERE! Local 362 — which represents some Walt Disney World Resort Cast Members — announced on social media today that none of their part-time attractions or custodial staff will lose their jobs as a result of the mass layoffs issued by The Walt Disney Company.

?? ATTENTION ATTRACTIONS AND CUSTODIAL UNION MEMBERS! ??
We have great news! Disney informed us today that as a result of the Full-Time displacement process, no Part-Time Attractions or Custodial will be laid off! All Attractions and Custodial Cast Members will keep working.
Stay safe, and stay strong! ??

We have great news! Disney informed us today that as a result of the Full-Time displacement process, no Part-Time Attractions or Custodial will be laid off! All Attractions and Custodial Cast Members will keep working.

The good news for Local 362 custodial and attractions employees came less than two weeks after they shared a lengthy update regarding the agreement they had reached with Disney regarding layoffs and recall rights. On October 8, the union shared that per the agreement:

You can read more information from UNITE HERE! Local 362 in their post here.

Just a few weeks ago, Disney Parks and Resorts announced that 28,000 employees across Walt Disney World Resort and Disneyland Resort would be laid off as a result of financial strains on the company amid the ongoing pandemic (and Disneyland’s prolonged closure). You can click here to read a full breakdown of the layoffs, including who has been affected.

Stay tuned to Inside the Magic for more information on Disney Parks operations as the theme parks and their employees continue to battle the effects of the pandemic.

Comments Off on Attractions, Custodial Staff in One WDW Union Keep Jobs