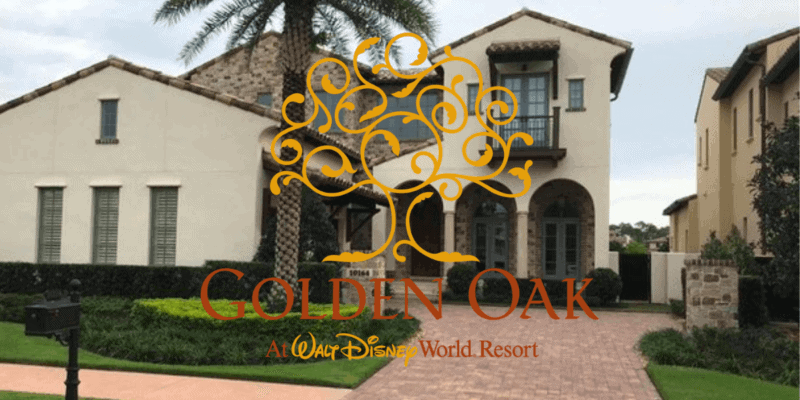 This week, the most expensive home sold in the Orlando area was inside none other than Disney World‘s Golden Oak community.

Golden Oak is the exclusive housing community tucked inside of Walt Disney World property. This week the home that sold in Golden Oak was for a whopping 3.3 million dollars. But trust us when we say the prices only go up from there!

Here is a tweet from @OBJUpdate shows a picture of the exterior of the home.

A #Disney resort community home was sold in #Orlando’s priciest home transaction of the week. What do you think about the home? #Florida #realestate #homes #localbusiness #businessnews @disneygoldenoak @ORRAFL​ https://t.co/xfkcFcY8mh

Earlier this year another Golden Oak mansion was put on the market for $8.45 million dollars. You can see all the glorious details of this Disney mega-mansion here.

There are dozens of homes available for purchase if you want to buy your own slice of Disney World… If you have a few extra million to spare that is! If you just want to dream you can view all of the available homes on the official website of Golden Oak.

Just this year Golden Oak revealed its final neighborhood inside the expansive community called — Symphony Grove. Symphony Gove unlocked so many more homes for the neighborhood, but it is the final building opportunity within Golden Oak.

Want to see the inside of some of these lavish living spaces? Some residents have their dwellings completely decked out in Disney! One particular home has rooms dedicated to Toy Story, Alice in Wonderland, Winnie the Pooh, and Star Wars! Every meticulously planned room looks like it could be located inside a Disney theme park. Definitely for serious Disney fans only!

Could you see yourself living inside of one of these lavish homes? Let us know in the comments!

Let us help you plan your perfect next Walt Disney World vacation! Don’t miss out on any of the new and exciting offerings around the resort.