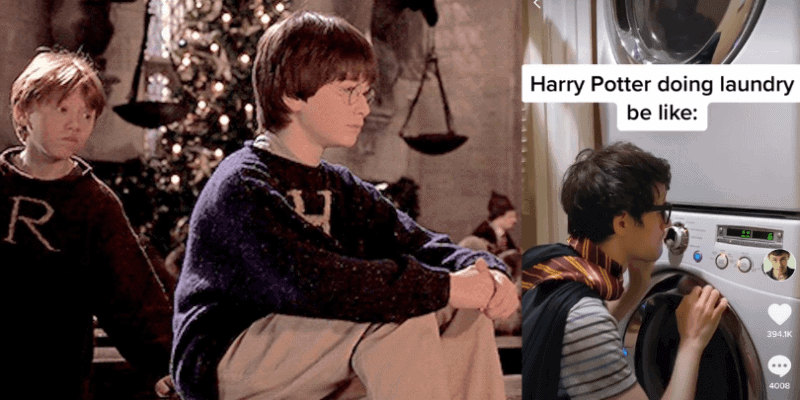 Kurt Schneider is no stranger to musical videos on social media as a music producer.  He’s been covering songs and reinventing them in his own style with friends for years.  It’s a special talent to be that much of a musical genius to be able to hear the potential of something working out in a  song.

The latest social media craze of the world is the TikTok app. Everyone is getting creative with the things they do at home to stay occupied and sharing it on TikTok.  Kurt has jumped on board to give us some musical entertainment. This recreation though has the internet buzzing and laughing.

Watch the full video below!

If you think this wasn’t a waste of 5 hours smack that ‘+’ ? @electricjason #harrypotter #washingmachine

His recreation of the Harry Potter Series theme song, “Hedwig’s Theme” has gone viral with over 2 million views in just one day. Why is it so special? He’s a wizard! He managed to use the buttons on a washing machine to play out the entire song. While Kurt plays around with all the buttons on the washer, he enlists the help of his friend to create some accompanying sounds with the dryer door.

He’s a true Harry Potter fan to be able to figure this one out although it did take him a good muggle five hours to get it right. I mean let’s be honest, I don’t think the rest of us muggle-born would be able to figure that out at all with just a combination of laundry machine buttons, door, and our own hands. The ending of the video really gets you though, because of course he goes off into his very own Harry Potter cupboard under the stairs.

He’s dressed up in his very on Harry Potter costume complete with a Gryffindor scarf, and we’re sure that the sorting hat would definitely place him in the Gryffindor Hogwarts House especially with this feat. We know Dumbledore would approve of this, but we’re sure this secret magic would even stop Lord Voldemort in his tracks.

The real question that I’m sure every person is asking though is, “Are his clothes clean or is he going to need a magic wand to do his laundry?”