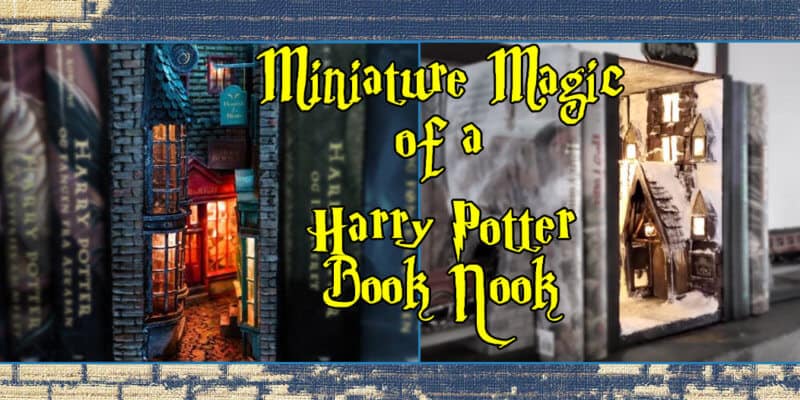 You’ve read and collected all the books, seen all the movies, even might have several collectibles, but how do you expand your magic? With an amazing Harry Potter Book Nook, of course!

Shrinking details of Hogsmeade Village or Diagon Alley into the size of a large book is no (ahem) small feat. However, that exactly what transpired to conjure this delightfully detailed creation inspired by the Wizarding World of Harry Potter. 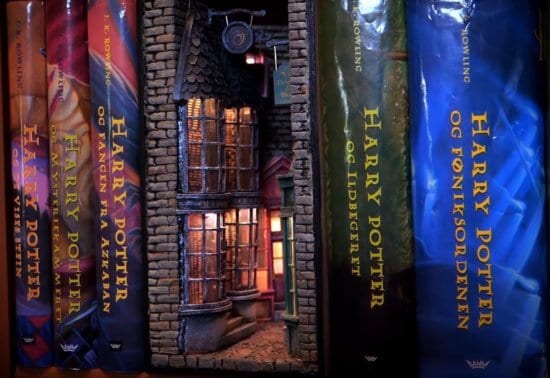 Gazing upon the intricate details of these slices of tiny, immersive Harry Potter scene is pure magic. From snow drifts to well-stocked shop windows, it seems nothing was left out when crafting both brilliant book nooks (shelf inserts)! 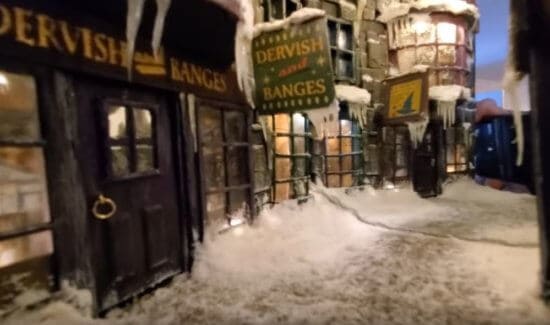 Enter the Magic of a Harry Potter Book Nook

New York resident Tim Hoover maintains a visual inventory of pop-culture-inspired wizardry.  This collection of videos, better known as The Propping Block, entertains thousands of followers.   This past April, Hoover turned his attention to Harry Potter.  Hogsmeade Village, to be exact. 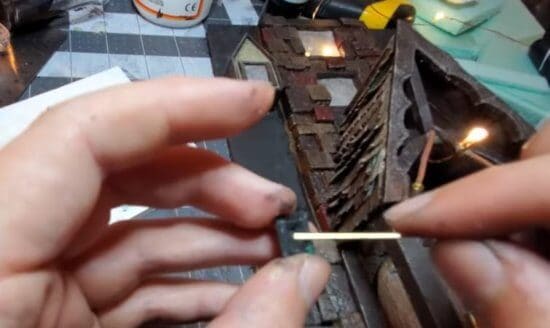 The making of a Harry Potter themed Book Nook I made as a gift to my super fan sister in law! I had to skip over a few bits for brevity, sorry if that gets confusing at all but it’s about three weeks of work cut down to 15 minutes! – The Propping Block via YouTube 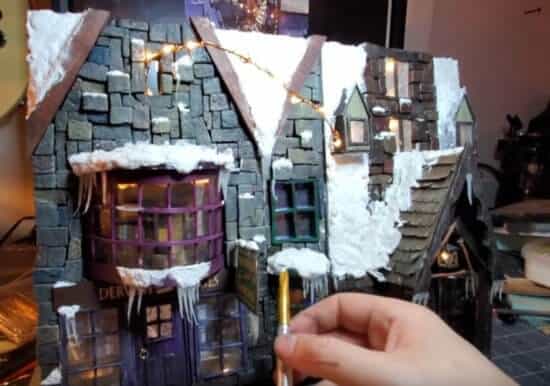 Had we not seen the building process ourselves, we’d swear this was a made-for-movie miniature set.  Complete with illuminate, stocked shop windows, colorful signs, dripping icicles, and a well-trod blanket of snow, we can almost feel the brisk chill in the air!

Just as Universal Studios Florida followed up Hogsmeade Village (IOA) with Diagon Alley (USF), it’s only fitting to include this spellbinding, small-scale version of Diagon Alley created by Skjera Bagera a.k.a. Nerdforge.

Weaving together card stock, styrofoam, paint, and the necessary lighting electronics, this perfect Potter placeholder (to set between the J.K. Rowling novels) emerged. 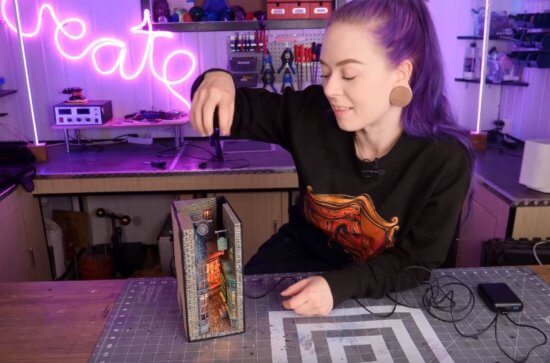 Nerdforge even includes images and templates for those would-be-wizards wanting to cast their own miniature magical spell. 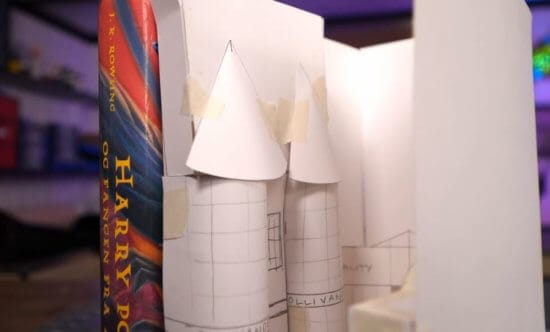 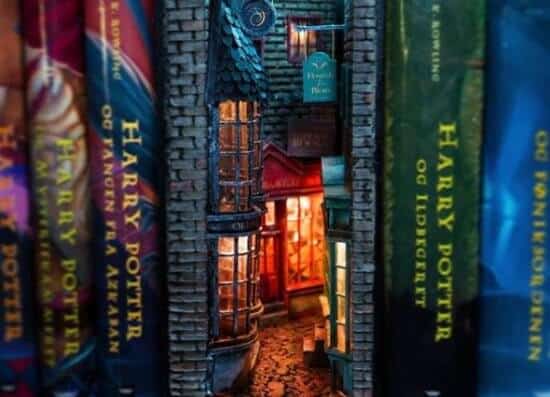 Both of these magical masterpieces show what can be accomplished with a bit of patience and practice.  Placing a Harry Potter book nook among the volumes of adventures about “the boy who lived,” adds a delightful depth and interest to any Wizarding World collection.

What do you think of these masterpieces? Let us know in the comments.