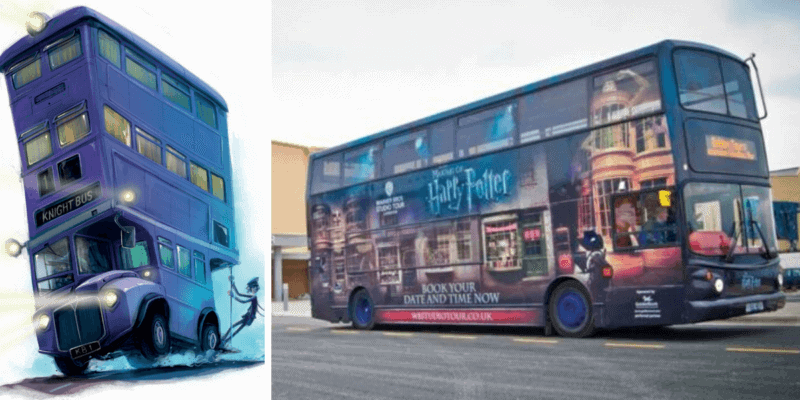 “Welcome to the Knight Bus: Emergency Transport for a stranded witch or wizard.”

One of the few epic moments of Warner Bros.’ film adaptation of Harry Potter and the Prisoner of Azkaban was the Knight Bus: a wonky yet majestic triple-decker purple bus run by three of the wackiest bit characters seen in the Harry Potter franchise. While yes it is a perk of being a part of the wizarding world, it appears our real-life muggle world is getting a Knight Bus of our own. And it is being used to help the U.K. combat the current pandemic situation.

According to BBC, double-decker buses used for Harry Potter studio tours will now be used to provide free transport for NHS workers. Instead of transporting tourists to Warner Bros.’ Leavesden studios, the buses will now transport employees of the U.K.’s National Health Service between the NHS trust’s Watford General, St Albans City, and Hemel Hempstead hospitals every day between 6 am and 10:30 pm.

“Our workforce has been depleted due to sickness or self-isolation and so it’s really important that those staff who are well, but have transport issues, can come back,” Paul da Gama, from the West Herts Hospitals NHS Trust, said. It turns out that a shuttle service was the best solution, and the Golden Tours coach company was more than willing to offer its buses to the cause. The buses will still, of course, operate within the current social distancing measures in place. 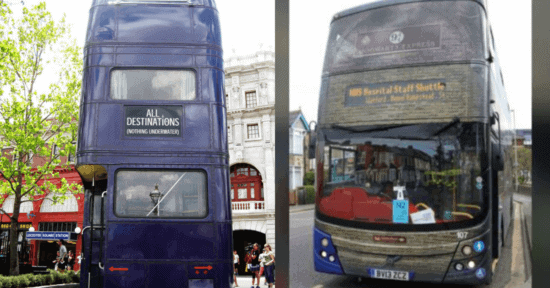 Harry Potter and the Global Pandemic

Harry Potter has been a key player in helping people get by throughout the global pandemics and the shutdowns in the U.K., the U.S., and the rest of the world. J.K Rowling dropped all licensing fees for her online books so teachers stuck at home can keep their students focus by teaching Harry Potter for free.

The British Library has put its exhibit Harry Potter: A History of Magic online offering free access to anyone who has access to google. Wizarding World also created a free online hub for all things Harry Potter which includes a free audible version of Harry Potter and the Philosopher’s Stone.