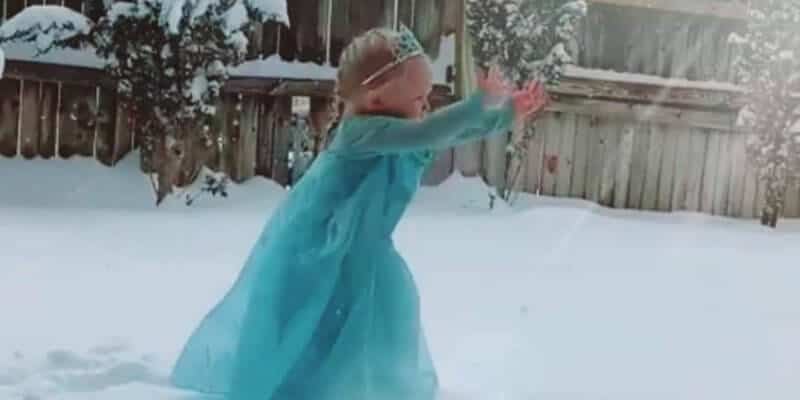 Meet Princess Madelyn, the two-year-old star who found her snowy stage in a recent video that has now gone viral.

Madelyn finally got some snow to do her scene ?

The video begins with Frozen’s, “Let It Go” playing in the background. The small princess channels her inner Elsa and sings along. She re-enacts the scene of the movie. Discarding her gloves, she marches through the snow in sync with the song. Watch as she swipes her hand through the snow, then adorably begins to fan her hand because it gets cold. You can hear the princess’ mother, Kristi, giggling in the background as she records the performance.

Related: “Frozen 2” Is Now Officially The Highest-Grossing Animated Movie EVER

Kristi posted the video on her Facebook on Wednesday with the caption “Madelyn finally got some snow to do her scene.” Since then, it has been viewed over 47 million times, has been shared over a million times, and garnered over 250 thousand comments. Madelyn has been featured on multiple news stations and online magazines. The comments all speak to how adorable the toddler is, and how impressive she is at capturing the essence of Elsa. In response, Kristi made this post: 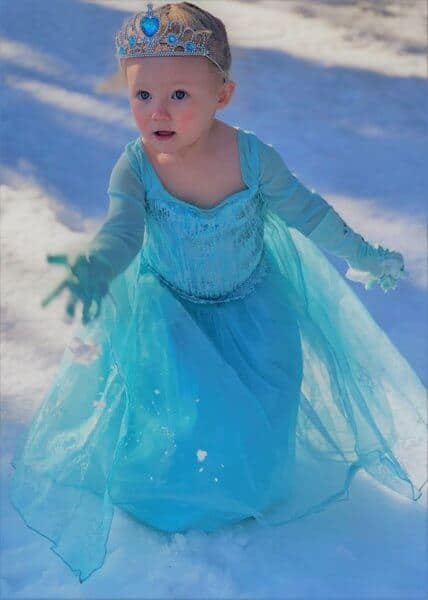 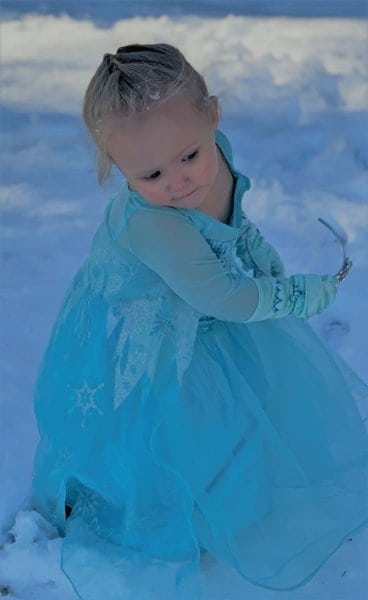 At just two years old, Madelyn made true Disney magic by putting smiles on the faces of millions of people. How adorable would it be to see a meet and greet between Madelyn and Princess Elsa?

Do you know of any small princesses or princes that love to channel their own favorite Disney characters? Let us know in the comments!