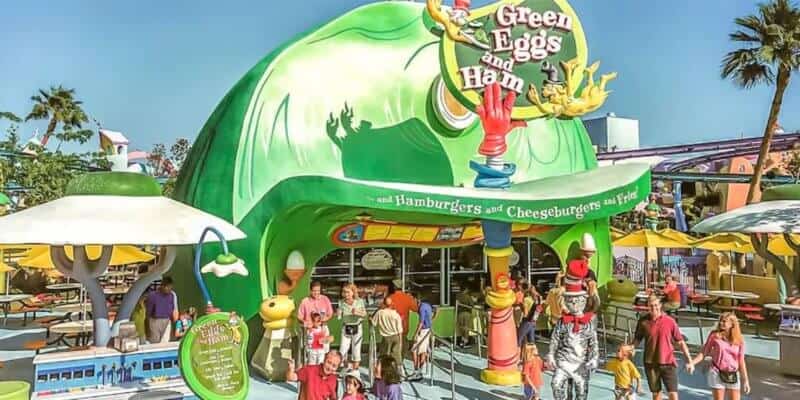 Green eggs and ham, the favorite of Sam-I-Am, has returned to Islands of Adventure. The long-vacant Universal Orlando Resort dining destination recently reopened with a sumptuous selection of servings inspired by the children’s book. 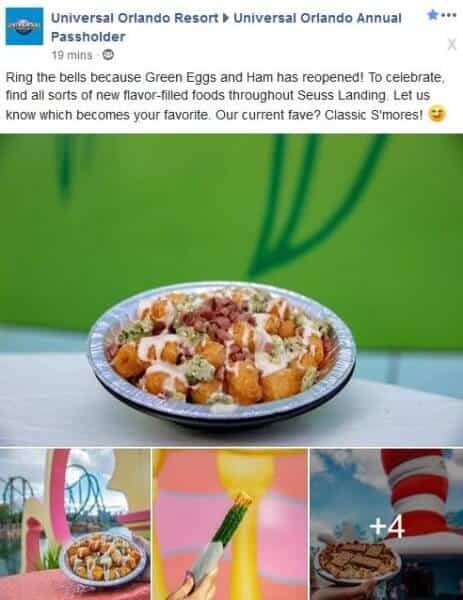 Fans often complained about the shuttered, ham-shaped store, but now, Green Eggs and Ham Café once again serves food and beverage. The new menu features tater-tot treats along with a few other surprises. 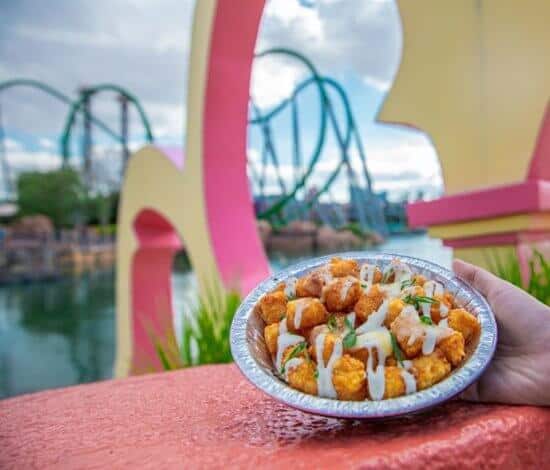 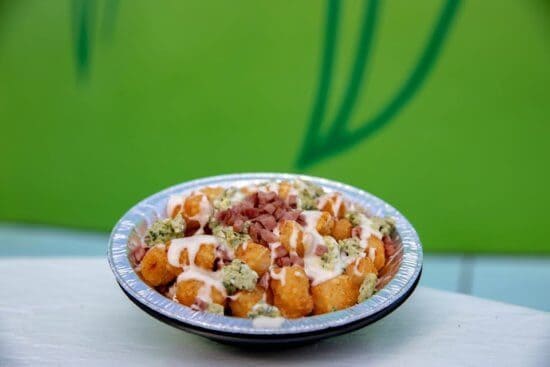 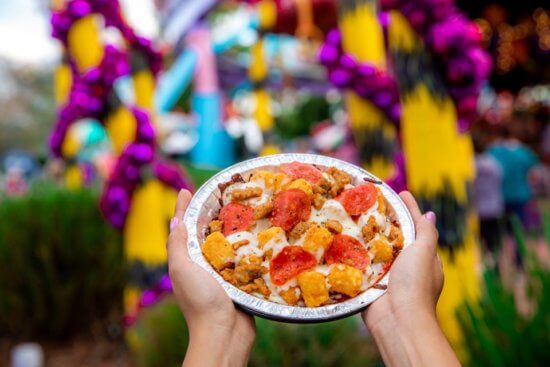 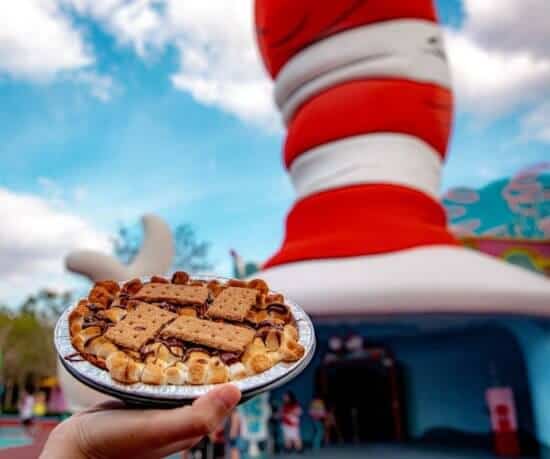 Who Hash (Corned beef, onions, white cheese sauce, scallions and tater tots in a Who Hash can) $14.99 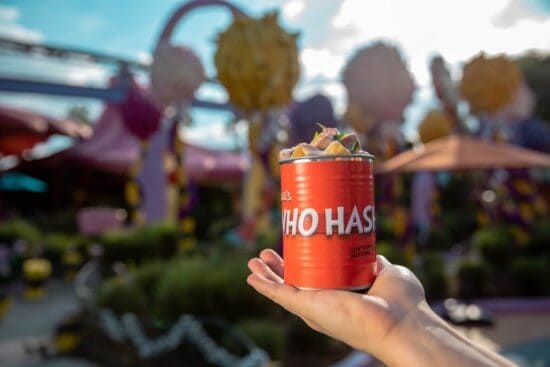 Also shown on the Facebook page, but not appearing on the menu are green sugar-coated churros and green popcorn: 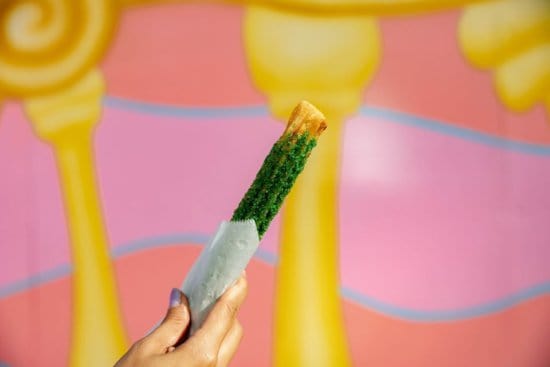 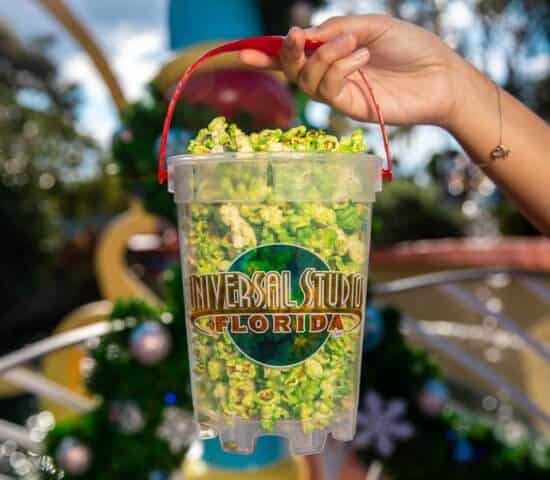 The new menu also shows a few beverage options to wash it all down. These include:

Of course, the new menu and reopened restaurant could be temporary. Crowds in the whimsical Seuss Landing area of the park swell during the Christmas season. This is due to additional who-liday entertainment.  Guests can enjoy a full musical production of “Grinchmas.” Additionally, citizens of Whoville roam the area. There’s even an opportunity for photographs with the mean green one himself! 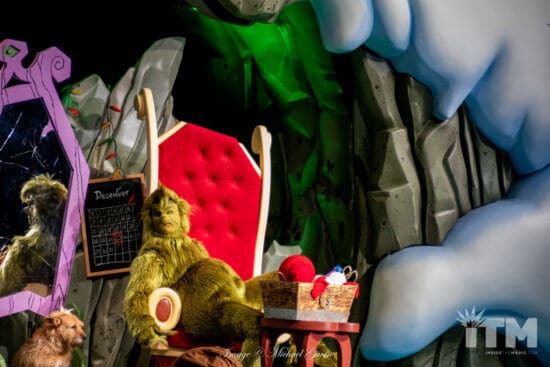 Hopefully, however, the return of this long-closed café might be more permanent due to a new Netflix animated series based on the book (which inspired the café). “Green Eggs and Ham” debuted on the streaming service last month.  Featuring voices of Jillian Bell, Adam Devine, Eddie Izzard, and Michael Douglas, the animated series is produced by Ellen DeGeneres and David Dobkin. Season one serves up thirteen 26-minute episodes.