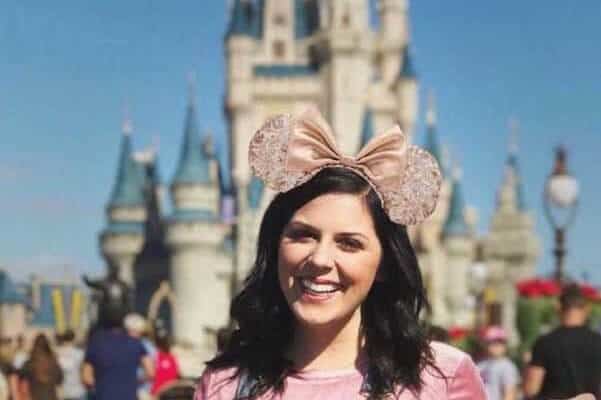 Dreams come true, right? That is the mantra of almost any film that bears the Disney name. Dreams really do come true.

Well, of course, they do! We see dreams come true every day. Not just in the movies, but in the real world around us. We may not have pixie dust, but we still need to have faith and trust that if you wish for something hard enough, dreams can come true. But unlike the movies, the real-world journey to that dream is never quite so watered-down.

For Brittney Whatley, that journey began with a pregnancy at the age of 15. Immediately ruling out abortion in a note intended for her child’s father, Whatley found herself afraid but also having faith that everything was going to be okay. She and her baby were going to struggle, but end up living happily ever after together. Her imposing parents had other plans.

“They expressed they did not want me to keep the baby,” Whatley explained, “but rather place it up for adoption. I wasn’t open to this idea at all. I think when I found out I was pregnant, I had this storyline play out in my head of what it would look like. It was going to be a hard road, but it was happy. Giving my baby over to strangers was not part of the story in my head.”

She was sent to a maternity home in Virginia to live out the term of her pregnancy. While committed there, she accepted the fact her parents would never let her keep her baby. So, she started looking for an adoptive family. But as far as her parents were concerned, Whatley would no longer make any choices regarding her own daughter.

Just before she was supposed to meet the family she chose for her daughter, she was told an adoptive family was already chosen and waiting. “The next week, before meeting the family I choose,” she said, “my father called to inform the home that he would be coming to get me. He had found a family for me to give my baby to, and I would not be returning to the maternity home. I was devastated.” She met that family once. On her 16th birthday. She would not see them again until the birth of her daughter, who was referred to now as little ‘J.’

But even the birth of her daughter was out of her control. “I was induced in January 2006 to ensure their presence at the hospital,” she explained. “That day held the most deep-rooted sadness I have ever felt. She was such a beautiful baby. I wasn’t allowed to hold her, but I was able to meet her finally that night. There were many fears from the adoptive family of me bonding with her and changing my mind, but they had no idea that my mind wasn’t allowed to be changed.” Whatley kissed her daughter on the forehead and watched the new family drive off.

She never saw them again…until she took a trip to Walt Disney World in November 2017.

While preparing for the trip, she saw ‘J’s adoptive mother post about their upcoming vacation on Facebook. “We had only semi-recently become Facebook friends,” she said, “and I was always very careful to not like or comment on anything. I just wanted to observe from the outside. I was so thankful to be able to see all of the pictures or funny stories of ‘J,’ and never wanted to do anything to mess up or overstep this privilege.” Whatley discovered the trip would land ‘J’s family in Orlando at the same time she would be there.

In the years since she saw them, Whatley has walked a path of struggle and forgiveness that took her to Pensacola to Texas and finally to Fayetteville, Arkansas. She didn’t talk to her dad and stepmom for 10 years, but finally reached back out and the three have begun to heal their relationship. She owns her own hair business and works closely with her church and has built a strong family of friends around her.

With the help of that church family, Whatley had the courage to reach out and arrange a meeting with ‘J’s parents! “We all were able to meet,” she said. “In Disney World, of all places… Jesus is funny sometimes. It wasn’t quite the time or the place to spring up a meeting with my ‘J,’ but it was the most perfect reunion between her parents and I.”

The meeting only lasted a few hours, but it filled Whatley’s heart with joy to hear about her baby girl, now 14 years old. ‘J’ is a natural musician, incredibly smart, and has a heart of gold. And Whatley was so grateful to see her daughter with such loving and supportive parents who were completely in the dark about the events surrounding the adoption. “Truthfully, as soon as I saw their faces I burst into tears, she said. “Our meeting only lasted those few hours but felt like a blink after all these years… Her parents are the most amazing, generous, thoughtful, and most Jesus-loving people I know… Seeing how happy she is with her family and hearing sweet updates on her life makes it all so happy.”

Over the past two years, connection with her daughter’s adoptive parents has continued as well as the hope that one day she will be reunited with her daughter. “They assured me that they are committed to us knowing one another when the time is right if that’s what she desires. My heart swells at that statement, and also fills with doubt…I just have to leave it up to Him and have faith that because of their commitment one day, I’ll meet my ‘J’ once again.”

If this were a Disney movie, this article would be the prologue that builds the back story as well as the pathos for our heroine. The dream has been set: to see her daughter again. Now the screen has faded out, and we are in the pause before the Title sequence rolls in, waiting for the story of Brittney Whatley reuniting with her daughter to finally begin.

Many believe that Disney Magic is just another medium for God’s Grace to enter our hearts and bless our lives. We just need to hold fast and have faith and trust.

Do you have a story of reuniting with a long lost loved one at Walt Disney World or another Disney destination? Share your story with us in the comments!

Comments Off on One woman’s Disney World wish: To be reunited with her daughter