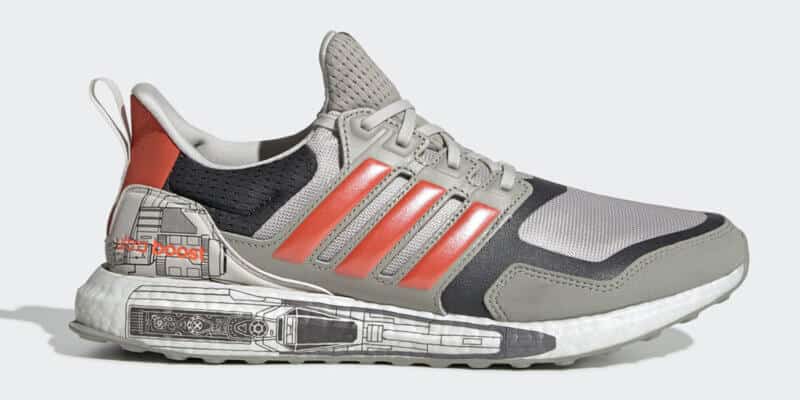 Looking to capture the power of the force in your everyday life? Coming later this year, Adidas will be releasing these new Adidas X-Wing-inspired Ultra Boost sneakers made in collaboration with Star Wars.

This special Adidas x Star Wars collaboration comes as the excitement builds for the highly-anticipated release of “Star Wars: The Rise of Skywalker” and its results are a stylish and intergalactic shoe, which looks just like a Rebel Alliance starfighter.

The new shoes feature a “S&L” trim with a graphic reminiscent to an X-Wing Starfighter imprinted on the heel counter and white sole. The shoes also include special insoles, co-branded tongues, and the symbol of the Jedi Order.

As we all know, all the Star Wars films include powerful and meaningful messages–and this shoe follows in suit. Located on the heel-stripe is the inspirational message of “The Force Will Be With You Always.”

The otherworldly shoes are expected to release this Fall/Winter season.

If you’re a fan of these intergalactic shoes but are looking for something a little more casual–be sure to check out Star Wars and Toms most recent collaboration.

These Star Wars shoes were also released in celebration of “Star Wars: The Rise of Skywalker” and include classic storyboard-style prints based on the three films in the original “Star Wars” saga.

The shoes are available for both adults and kids and range in price from $39.95 to $94.95. Similar to the company’s many other shoes, every purchase from the “Star Wars” collection goes towards Toms good cause of providing shoes, glasses, and safe water to millions of people around the world. Not only are these shoes super stylish, but they’re also socially conscious.

Will you be purchasing these Star Wars-inspired Adidas shoes when they premiere later this year? Let us know in the comments!