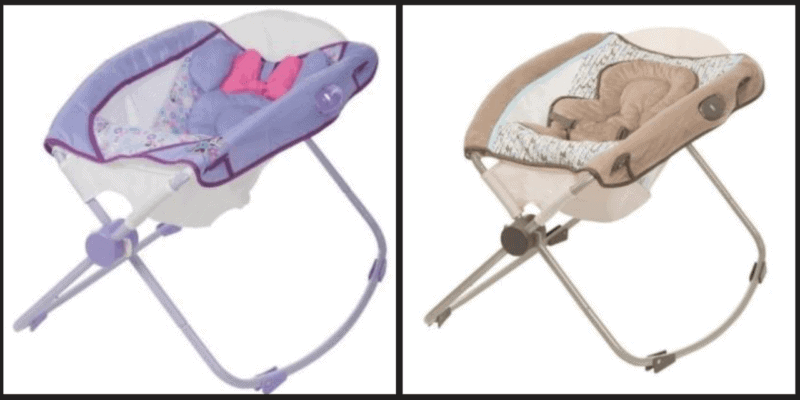 Almost 25,000 baby sleepers from a Disney and Eddie Bauer collaboration have been recalled due to safety concerns.

The product (officially called the Eddie Bauer Slumber and Soothe Rock Bassinet/Disney Baby Doze and Dream Bassinet) is being recalled by the Dorel Juvenile Group USA due to the concern that infants could possibly roll over and suffocate while in the bassinet. Although no injuries have so far been reported for these Disney and Eddie Bauer baby sleepers under recall, similar products by other brands have been linked to deaths, as infants have been able to roll over onto their backs while unrestrained in the sleepers.

“Infant fatalities have been reported while using other inclined sleep products, after the infants rolled from their back to their stomach or side while unrestrained, or under other circumstances,” the recall states on the U.S. Consumer Product Safety Commission official website.

Other inclined sleep products that have been recalled include infant sleepers by Fisher Price, over four million of which were recalled back in April after over 30 infants died in the sleepers within a 10 year timeframe. Because of this, the U.S. Consumer Product Safety Commission says that anyone who owns the Disney and Eddie Bauer baby sleepers should stop using them and reach out to Dorel Juvenile Group (which manufactured the sleepers) for a refund. The sleepers previously retailed for around $60 at stores nationwide when they were sold from 2014 to 2017.

This isn’t the first time Disney products have been recalled. Earlier this year, Disney issued a voluntary recall of their “Toy Story 4” Forky plush toy after a manufacturing defect caused it to be a choking hazard for children. Fortunately, these Eddie Bauer sleepers are just a collaboration with Disney for the look of the products, and they aren’t actually manufactured by the company. Hopefully, everyone who owns this sleeper gets their refund as soon as possible.