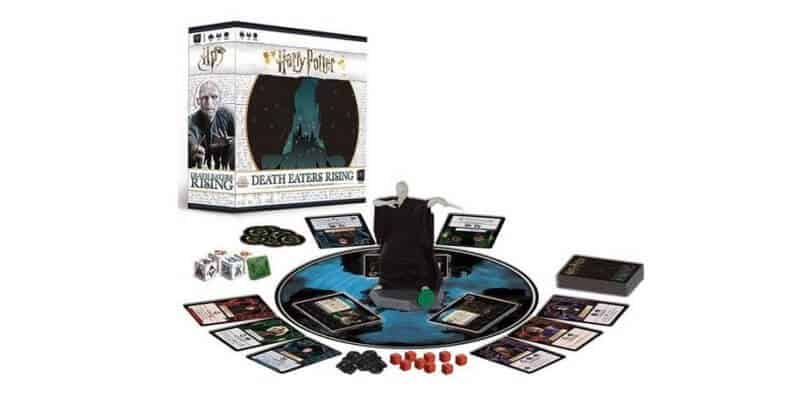 Already available for pre-order, this new edition of Wizarding World enchanting entertainment arrives this fall. Those desiring to join in the battle must part with $49.99 in muggle money to purchase the brilliant board game.

Crafted by experts at the OP, aka USAopoly, a new Harry Potter adventure arrives this fall! Using elements from “Harry Potter and the Order of the Phoenix,” game masters conjured an exciting, “cooperative card and dice game.” Working together, wizards battle against Death Eaters and protect Hogwarts. 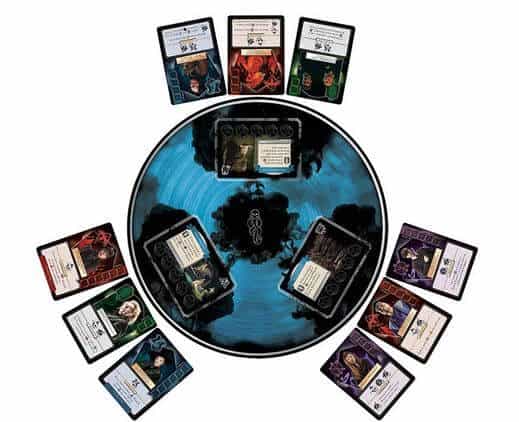 “He-Who-Must-Not-Be-Named has returned! Lord Voldemort™ and his Death Eaters are a mounting threat to Hogwarts™ and the wizarding community, compelling everyone to combine their strengths against the dark villains. In this cooperative game, players must summon witches and wizards from Dumbledore’s Army, the Order of the Phoenix, and Hogwarts to retaliate against evil Death Eaters and protect the Wizarding World from the Dark Lord’s corruption for good!” – the OP

Gameplay utilizes a deck of character cards, dice, spell tokens, and various damage and corruption counters. In addition, centered upon the round location board, Lord Voldemort taunts players. Of course, use of actual magic optional. Disclaimer: students may not use magic outside of Hogwarts. 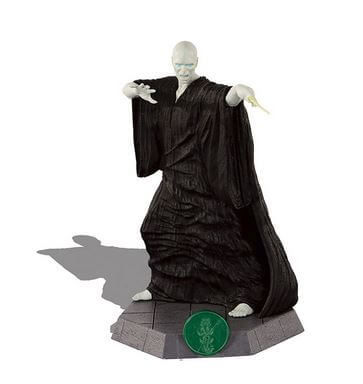 Per the OP the following items are included: 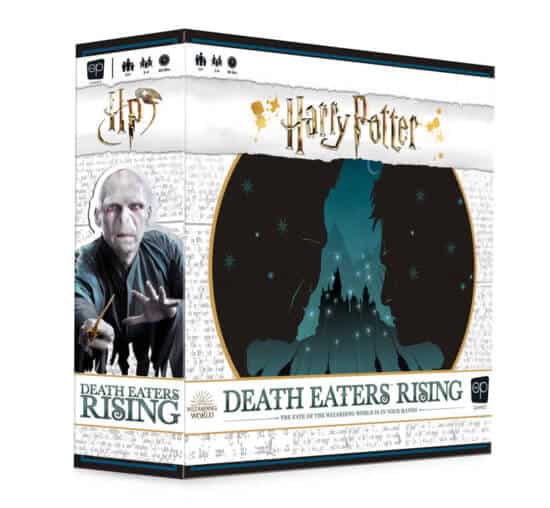 Source and images: the OP