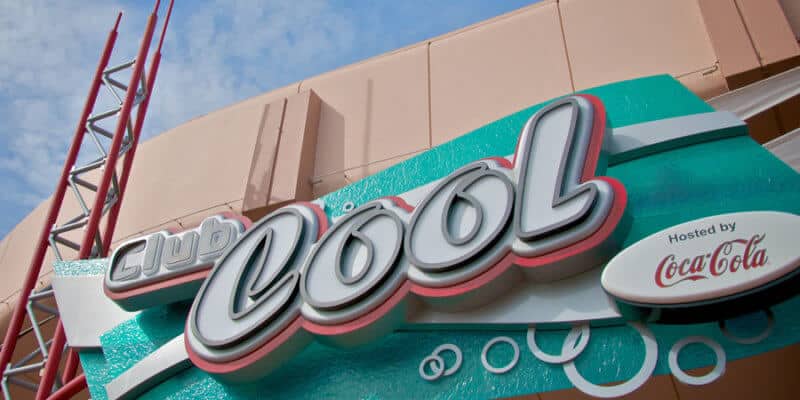 As we’ve shared before, Walt Disney World’s Epcot is undergoing a massive transformation over the next few years, from all-new attractions to amazing dining locations and even a completely renovated entrance to the park. But as Epcot is reimagined, it’s only natural for some of the current dining, merchandise, and attraction locations to close, either temporarily or forever. Disney just revealed today that Club Cool in Epcot’s Future World will be closing this fall, and fans have mixed feelings about it.

According to the official Walt Disney World app, “the current location of Club Cool will close on September 8” and will “reopen in a new capacity” at a later date. Many fans don’t exactly know what Disney means by Club Cool reopening in a “new capacity,” but it does suggest that it won’t be gone forever. It does mean, however, that it may be a while before we get to experience it again. It was also revealed today that other locations closing include Electric Umbrella closing this Winter, Fountain View featuring Starbucks (which will move to a temporary location this fall during the Epcot renovations before it reopens permanently), and Mouse Gear (which will close for renovations and move to a temporary location this winter before reopening after it is reimagined).

Here’s how Disney describes the future of Club Cool in the Walt Disney World app: 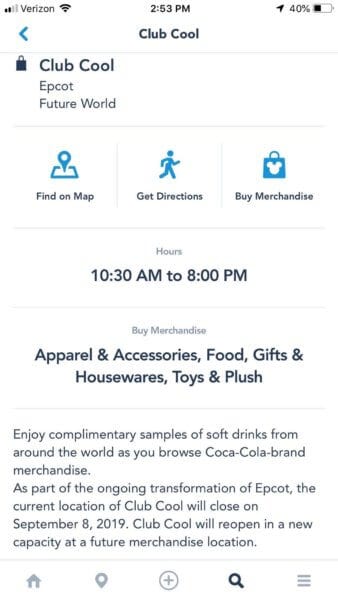 But rest assured, Disney fans, because even though Club Cool is closing September 8, it’s only leaving its current location. The official Walt Disney World Today account on Twitter confirmed that Club Cool is only closing temporarily as it moves to a different merchandise locations. Take a look:

Not to worry, Caitlin! Club Cool will certainly be incorporated into the new offerings as part of Epcot's evolution! We hope we get to see ya real soon! ? ?

So there you have it, Disney fans. Club Cool is closing this September, but it won’t be long before we get to taste Beverly, Bibo, and the rest of our favorite international Coca-Cola products once again. We just hope we won’t have to wait too long!

What do you think of the news of Club Cool temporarily closing? Are you glad it will reopen, or would you rather see something different at Epcot? Let us know in the comments!