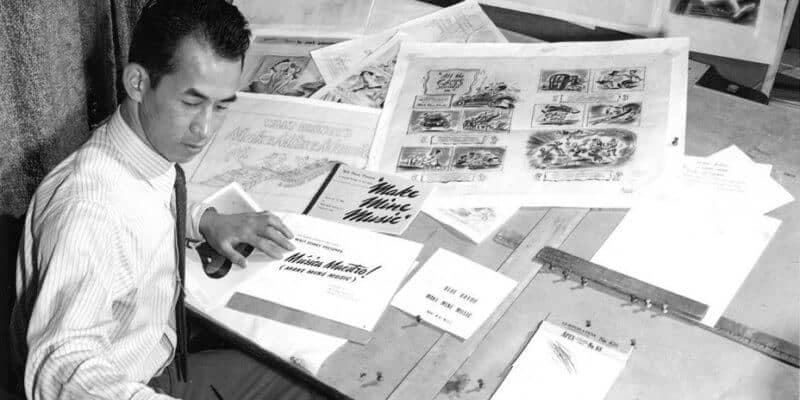 Milton Quon, an animator known for his work on Disney classics including “Dumbo” and “Fantasia,” passed away at the age of 105.

Quon’s son, artist Mike Quon, told The Hollywood Reporter that the former Disney animator passed away on June 18 of natural causes in his Torrance, CA home. Quon was one of the last living artists who worked during Disney’s Golden Age of Animation, something the animator and his family were very proud of. He was born on August 22, 1913, in Los Angeles as the eldest of eight and the only son of Cantonese immigrants.

Quon was hired at Walt Disney Studios in 1939, not long after he graduated from Chouinard Art Institute (now known as the California Institute of the Arts). He was the third Chinese-American to be hired there, and during his first couple of years he worked on the “Waltz of the Flowers” and “Arabian Dance” scenes in “Fantasia,” and he also served as the first assistant animator on “Dumbo.” He left the studios during World War II to lead a team of 17 artists who illustrated repair manuals for Douglas Aircraft bombers and transports. But it wasn’t long before he returned to Disney to run its publicity and promotions department, and he lent his hand at promotional artwork for films including the 1946 releases of “Make Mine Music” and “Song of the South.”

Quon continued working as an artist and an actor even after he left The Walt Disney Company. He became the first Chinese-American art director at a national advertising agency when he joined BBD&O in 1951. He taught drawing, painting, and advertising courses at Los Angeles Trade-Technical College from 1974 until well after he retired in 1989. And in 2013, he received the Golden Spike Award from the Chinese Historical Society of Southern California. Quon spent his life working in art, advertising, and film and even continued his legacy for decades after his 1980 retirement.

Quon is survived by his wife, Peggy, his children Mike, Jeff, Tim, and Sherril, and four grandchildren. The Hollywood Reporter notes that Quon was often asked about the secret to his longevity, to which he generally replied, “A good wife and Chinese food.”

If you’re interested in preserving Quon’s memory, you can donate to the Chinese American Museum, the Chinese Historical Society of Southern California, or the South Bay Presbyterian Church of Torrance. Visit Quon’s website here to read more about his work and life.