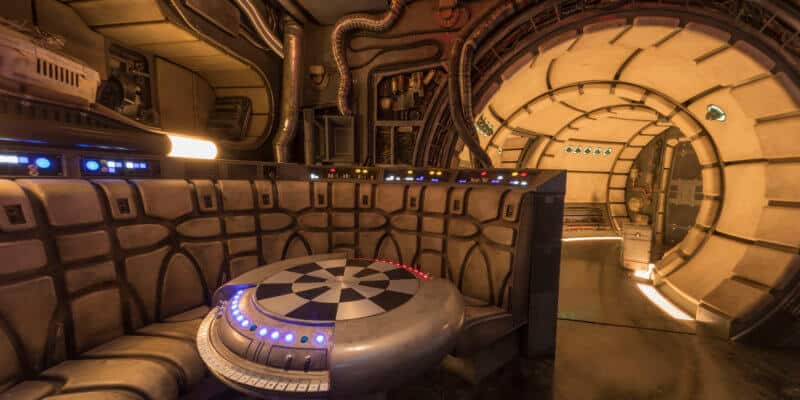 For fans looking to experience both of the attractions coming to Star Wars: Galaxy’s Edge at Walt Disney World by the means of FastPasses, may want to consider a different game plan, as they will not be immediately offered when the land opens.

You heard it here, Disney will not be offering FastPasses to guests looking to experience Millennium Falcon: Smugglers Run and Star Wars: Rise of the Resistance when they both eventually open at the land throughout this year.

Star Wars: Rise of the Resistance won’t be opening till later this year, after the opening of the land in Disney’s Hollywood Studios. However, Millennium Falcon: Smugglers Run will be premiering with the land and as one can imagine, with long expected wait times.

As part of the company’s phased opening of the Star Wars: Galaxy’s Edge, Disney announced that the Millennium Falcon attraction at both Walt Disney World and Disneyland will not initially be available on Disney FastPass, including Disney MaxPass, at Disneyland or FastPass+ at Disney’s Hollywood Studios.

The Rise of the Resistance, which will allow guests to be captured as rebels by the First Order and escape from a Star Destroyer does not have an exact date of opening just yet. Because of this, there is still a possibility that the attraction could offer FastPasses to guests looking to experience the attraction before others. However, at this time it is unknown.

Technically, Disney could still change their mind about offering FastPasses opening day to Millennium Falcon: Smugglers Run. This would not be the first time the company changed their minds about the intergalactic land as only earlier this year was it announced that both land’s premiere dates would be moved up.

What are your thoughts on no FastPasses being offered for Millennium Falcon: Smugglers Run at Star Wars: Galaxy’s Edge in Walt Disney World? Let us know in the comments below!