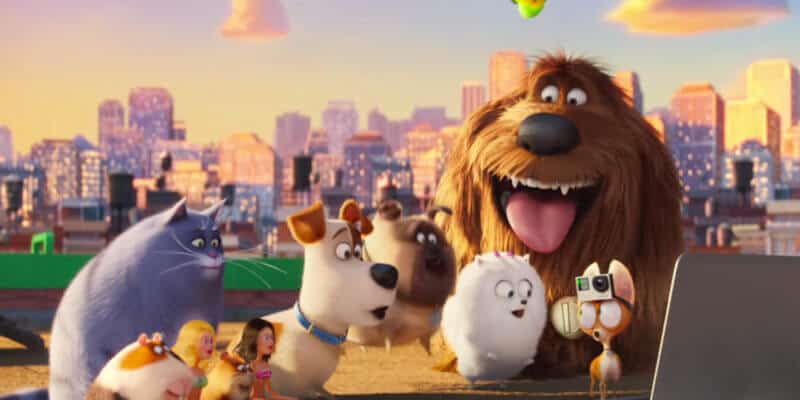 In 2020, Universal Studios Hollywood will be taking its guests on a whirlwind journey through New York City in an all-new “The Secret Life of Pets: Off the Leash!” attraction inspired by the 2016 animated film by Illumination.

Adoption day is the biggest rite of passage for every animal looking for a home and now Universal is using this as inspiration for their newest attraction, which answers the question, “What do your pets do when you’re not home?”

According to a release by Universal, this new attraction will be a fully immersive experience where guests will assume the roles of stray puppies as they join a familiar cast of leading characters from “The Secret Life of Pets,” including Max Snowball, Gidget, Chloe, and Duke, along with other animal friends — on the ultimate quest of finding forever homes.

“We are thrilled to be able to bring another exciting Illumination movie-based ride to our guests,” said Karen Irwin, President and COO, Universal Studios Hollywood. “The Secret Life of Pets: Off the Leash!’ will capture the essence of the popular film and invite our guests to live vicariously through some of their favorite characters as they embark on a one-of-a-kind experience only available at Universal Studios Hollywood.”

Universal says this new adventure will blend live, dimensional and animated characters with “hyper-realistic media” as guests zip along a track aboard ride vehicles through wild New York City streets towards the Pet Adoption event and the perfect happy ending for any animal: forever homes.

During the journey, guests will face different challenges, including meeting up with fellow animal pals eager to help guide them toward their destination.

“The Secret Life of Pets: Off the Leash!” will be located adjacent to the popular “Despicable Me Minion Mayhem” and “Super Silly Fun Land” attractions.

Are you excited about this new ride at Universal Studios Hollywood? Let us know in the comments below!