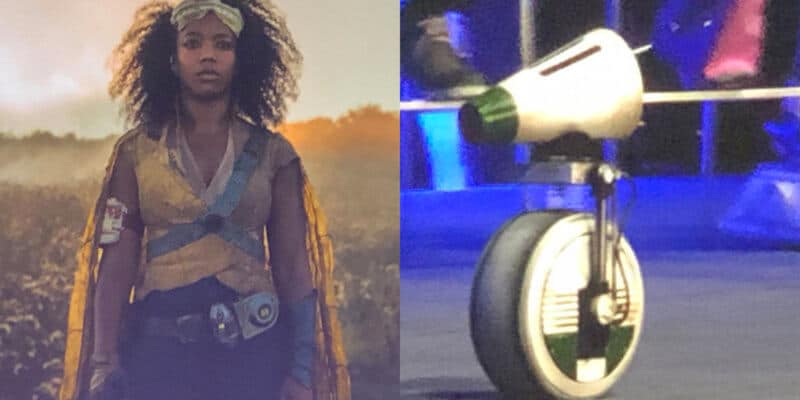 The Star Wars Celebration has officially kicked off in Chicago and the first of many announcements to come from the event included new details of two new characters to be featured in the next film, “Star Wars: The Rise of Skywalker,” which includes Jannah and a new droid named D-0.

Much has been under wraps about the last and next film in the current Star Wars trilogy and today in a special panel discussing the new movie, which also revealed the film’s title, “Star Wars: The Rise of Skywalker,” actress Naomi Ackie took the stage with her fellow castmates Daisy Ridley, John Boyega, Oscar Isaac, Kelly Marie Tran, and Joonas Suotamo to reveal the identity of her character.

Ackie didn’t share many details about her new character. However, she did reveal that in the new film the group goes on an epic adventure, which crosses paths with Jannah, introducing her character into the film. Above is our first look at Jannah as she will appear in the film.

In addition to the excitement of the announcement of Jannah, the panel also included a look at the newest droid to be featured in the film, D-0. During the panel, J.J. Abrams said D-0 is BB-8’s “newest friend.”

Abrams revealed that D-0 was created in part by a collaboration of the robotics team from the film and Neil Scanlan. The droid’s body is comprised of a cone-like head and a metal bar, which attaches him to a large wheel that propels him around. It’ll be exciting to see the robot’s new role in the film and if he’ll capture the hearts of Star Wars fans everywhere, similar to BB-8 and R2-D2.

What are your thoughts on these new characters in “Star Wars: The Rise of Skywalker?” Let us know in the comments below!