Calling all Disney Princess enthusiasts and Marvel fans. The latest fandom mashup is here, and it’s the most heroic one yet. In honor of “Avengers: Endgame” hitting theaters and the recent remakes of classic Disney Princess films, we’re so excited to share these epic illustrations of your favorite Disney Princesses reimagined as Marvel Avengers.

HalloweenCostumes.com recently shared some pretty creative illustrations of the Disney Princesses reimagined as Marvel Avengers, and it’s more than we could ever hope for. The super hero personas are definitely fitting for each princess’s personality. Snow White takes on the role of Captain America: The First Avenger, as she is the first Disney Princess ever created, Merida portrays Hawkeye as a nod to both characters’ archery skills, and Mulan’s combat experience makes her role as Black Widow an easy fit.

Take a look at each princess’s Avengers persona, as well as how HalloweenCostumes.com describes each young woman’s role, below:

Snow White and Captain America are both very naive characters. Snow has a history of trusting strangers: she cleans a stranger’s home and eats a poisoned apple given to her by a strange old woman. Cap was frozen for several decades and is technologically behind his peers. 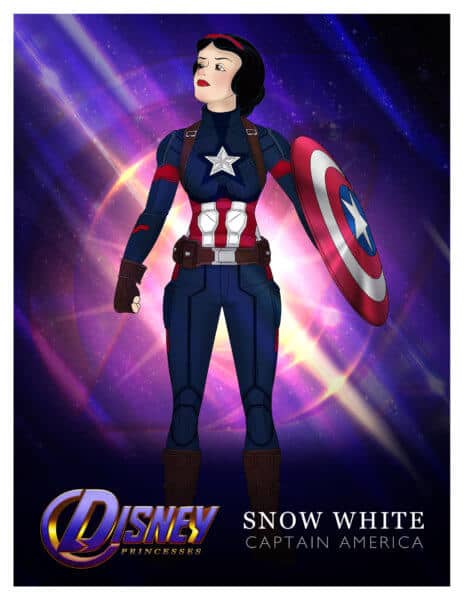 Ariel and Thor are very naive of the world of humans. Ariel collects human items that fall into the ocean and has her beloved dinglehopper, which is really a fork. Thor is unaware of human customs and smashes a mug in a diner and demands another. 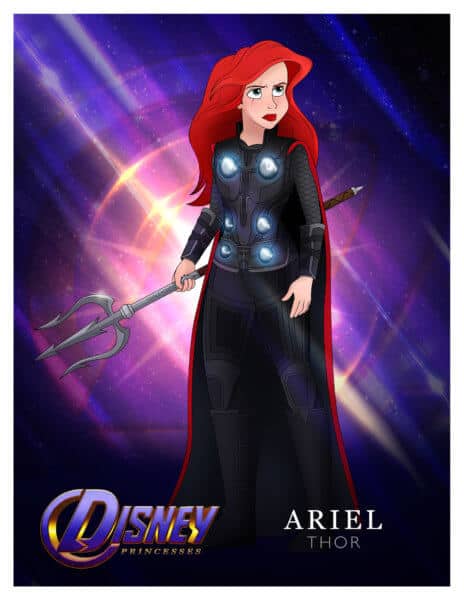 Belle is, by far, the nerdiest Disney Princess because of all the books she reads. If any of the princesses were to make their own suit of Iron Man armor, it would be Belle. 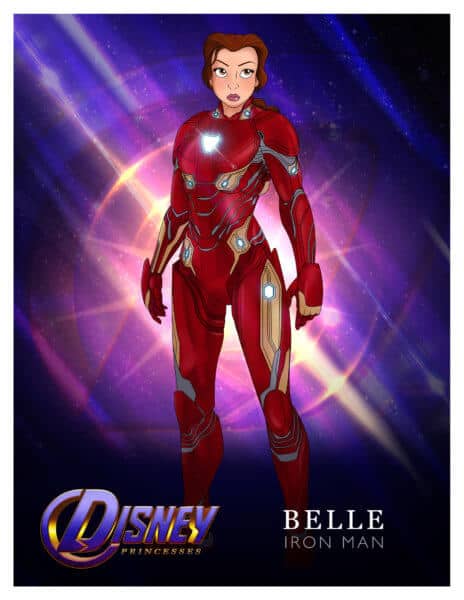 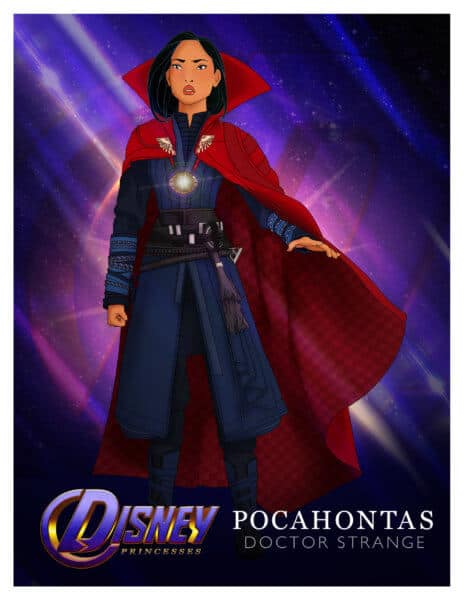 Mulan and Black Widow received special combat training. You don’t want to mess with either of them because they both have skills using several deadly weapons. 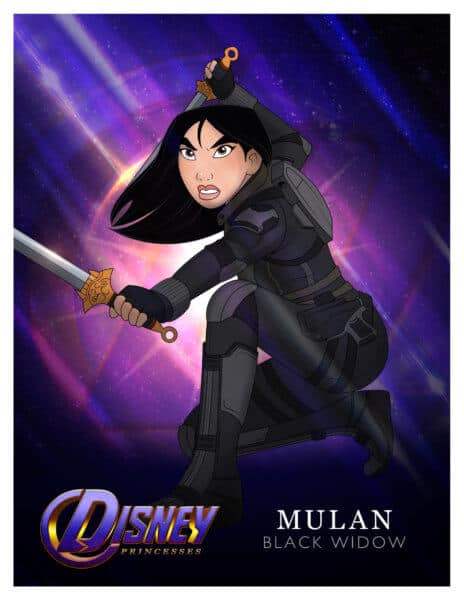 Do we really need to explain this one? They both use bows. What else can we say? 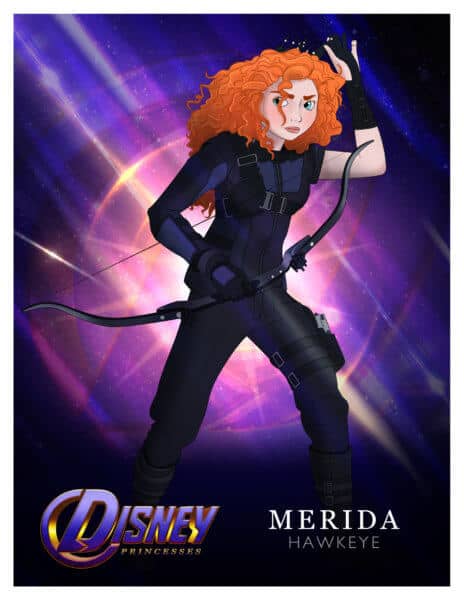 Spider-Man uses his web-slinger to attach himself to and swing between buildings and other objects. Rapunzel has hair long enough to lasso trees and buildings to pull herself (and others) up and down them, and she can make a swing out of her hair. 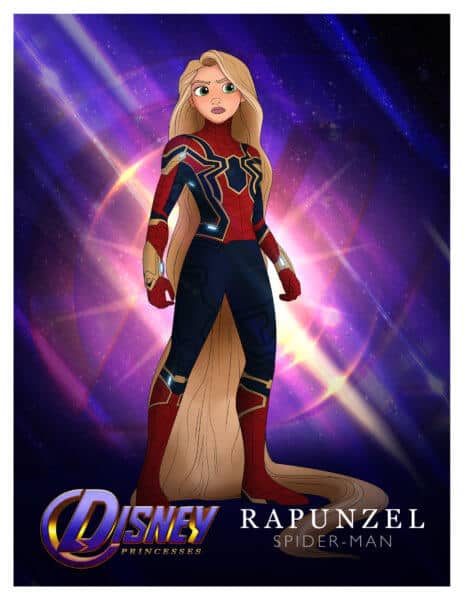 Both of these characters are very hard-working. Princess Tiana is employed at a restaurant, and she skrimps and saves to be able to buy her own restaurant. Black Panther is both a king to Wakanda and a superhero that saves his people and the planet when he becomes an Avenger. 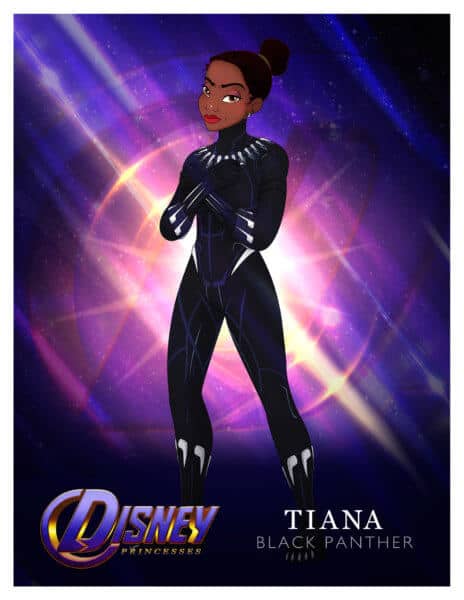 Both characters have magical powers that they’re initially reluctant to use. However, when they decide to let it go, they’re both incredibly powerful! 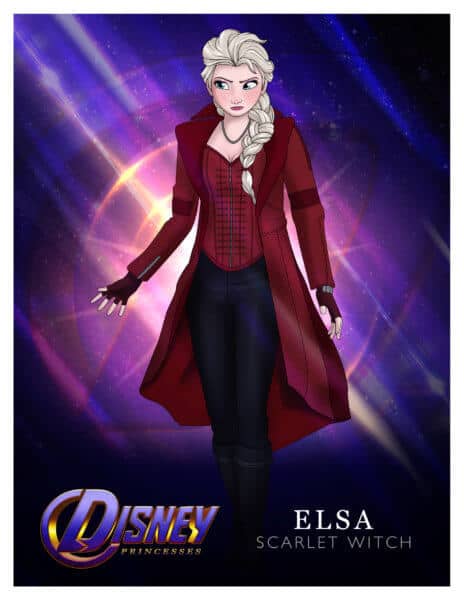 She’s always willing to go above and beyond for her family and friends, just like Ant-Man when he was called by the Avengers to help out in Avengers: Civil War. 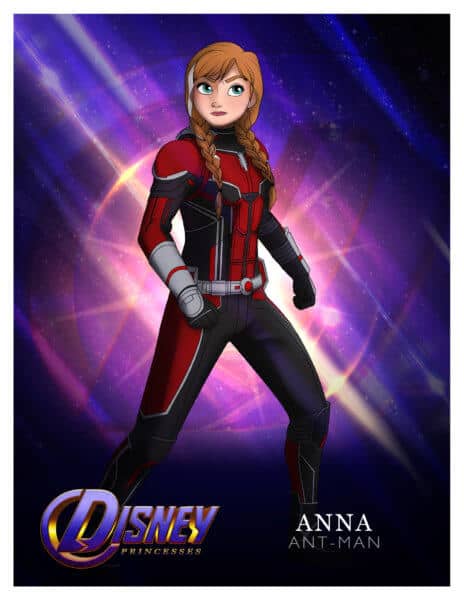 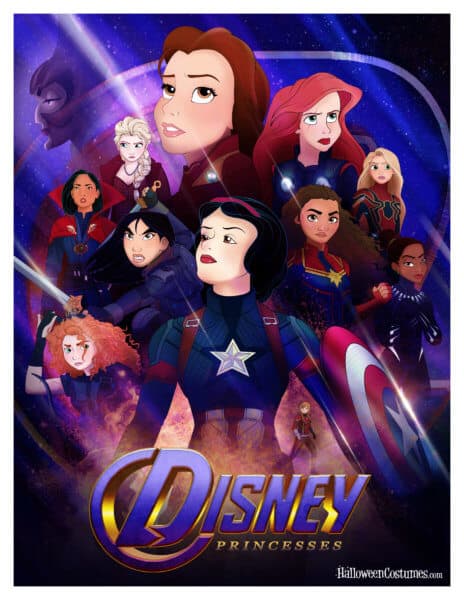 What do you think of this Disney Princesses-Marvel Avengers mashup? Let us know your favorite in the comments!