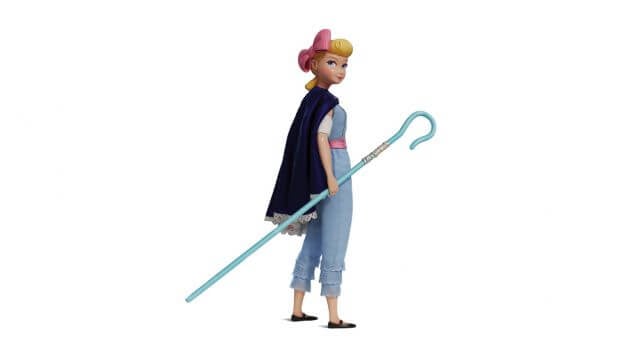 Bo Peep, the fan-favorite character from the “Toy Story” films, is heading to Disney Parks around the world this summer, which also happens to be when “Toy Story 4” arrives in theaters.

Guests will be able to meet Bo at Toy Story Land at Disney’s Hollywood Studios, Pixar Pier at Disney California Adventure, Disneyland Paris, and at Disney Parks in Asia. Bo Peep appeared in “Toy Story” and “Toy Story 2,” but was notably absent from “Toy Story 3.” Her love interest, Woody, and the rest of the toys were saddened by her loss, but luckily, we know she’s reunited with Woody in “Toy Story 4.”

In “Toy Story 4,” when Bonnie takes the toys on her family’s road trip, Woody ends up on an unexpected detour that includes a reunion with his long-lost friend Bo Peep, whose adventurous spirit and life on the road belie her delicate porcelain exterior. Woody and Bo are worlds apart when it comes to life as a toy, and they soon realize that’s the least of their worries.

Bo Peep’s look has changed quite a bit since her last appearance. She’s no longer wearing a large skirt and bonnet, but instead sports a cute blue jumpsuit, a cape fashioned out of an old skirt, and a simple pink bow. We expect to see her wearing this new outfit when she arrives at Disney Parks this summer.

More details on Bo Peep’s visit to the parks will be revealed at a later date, so stay tuned!