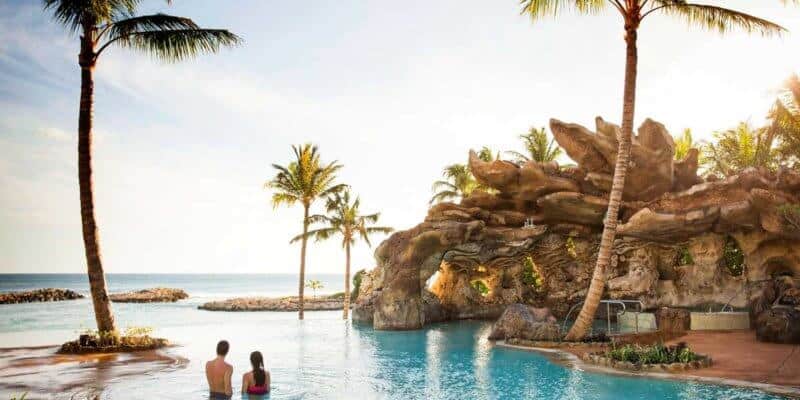 Thanks to Southwest, it’s about to get a little easier to visit Aulani, a Disney Resort & Spa in Hawaii! The airline announced they’ll soon begin making flights to Hawaii from Oakland and San Jose, California.

To make the news even more exciting, if you book by 11:59 PM PST on Tuesday, March 5, you can take advantage of one-way fares from Oakland or San Jose for as low as $49. Southwest will also make trips between Honolulu and Kahului (Maui) and Honolulu and Kona. Below, take a look at each of Southwest’s new flights as well as when service begins (click to enlarge):

Southwest’s new service to Hawaii is great news for Disney fans who have been thinking about a visit to Aulani, a Disney Resort & Spa. Even if you don’t live near Oakland or San Jose, catching a connecting flight in one of those cities may make it a little easier to embark on a tropical Disney vacation at Aulani. Plus, Southwest says in a press release, “Additional service details, including plans for previously announced gateways of San Diego and Sacramento, and for Lihue, on Kauai, will be announced in the coming weeks.”

Aulani, a Disney Resort & Spa is located in Ko Olina, Hawaii. Right now, the resort is offering a discount if you book by May 8, 2019. As part of this special Spring offer, you can take advantage of the following room discounts:

This offer is valid for stays March 22 – June 7, 2019, with check-out on June 8, 2019. Note: This offer excludes suites and 3-Bedroom Grand Villas. To learn more about Aulani, a Disney Resort & Spa, you can head over to their website.

If you’d like help planning your Disney vacation, we recommend contacting our friends at Academy Travel. Authorized Disney Vacation Planners can alleviate much of the stress in planning and booking your next vacation, from making your dining reservations and booking your accommodations to providing general advice and even creating a personalized itinerary for your trip. Click here for a no-obligation quote.

You can book your flight to Hawaii now on the Southwest website, and if you book by 11:59 PM PST on March 5, you’ll also enjoy their special introductory rates.

Comments Off on Southwest now flying to Hawaii, so start planning your Disney Aulani Resort vacation