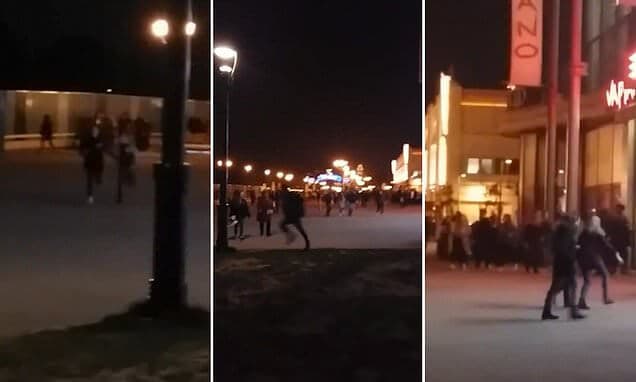 Over the weekend, Disneyland Paris visitors experienced a mass panic at the park after hearing loud noises similar to “gunshots” when an escalator collapsed at the Marne-la-Valee station, which is next to the front gates of Disney Village and the theme parks at Disneyland Paris.

In a report by The Sun, it was found that visitors to the theme park claimed to have heard “loud noises” and then “screaming” as they were caught up in a park-wide commotion shortly after 9 p.m. on Saturday, March 23. In the panic, unfounded rumors of explosions and gunshots filled the park as tourists fled in fear and armed police and the army secured the area.

However, a spokesman for the RER station at Marne La Vallee said: “It seems that a malfunctioning escalator has caused the problems…It began working erratically, and causing loud noises. It may be that some people have been hurt in this accident.”

The Sun reports that following the panic, visitors to Disneyland Paris were briefly confined in buildings, including the police station.

Other guests were vacated off the premises. It was reported that firefighters helped evacuate some attendees and staff to relocate from the park.

“I was at a coffee terrace when I saw people running and screaming…We all started running in panic and I took refuge at the police station with dozens of other people,” said a park guest.

An official spokesman for Disneyland Paris has released a statement: “There has been no explosions, no shootings, no injuries. It’s a false alarm.”

As videos of the event spread online, rumors spread over the weekend claiming the park was under attack. In an attempt to stop rumors of terrorism, following the event, France’s Minister of the Interior tweeted stating the event was a “false alarm” and “Security forces confirm there is no threat…Please only share information coming from a trusted source.”

According to The Sun, this is not the first time unfounded rumors of gunfire sparked panic.

In November 2017, pop singer Olly Murs was criticized for posting a series of dramatic tweets from inside Selfridges, Oxford Street, a retail center, claiming he’d heard gunshots, which led to people fleeing in fear.