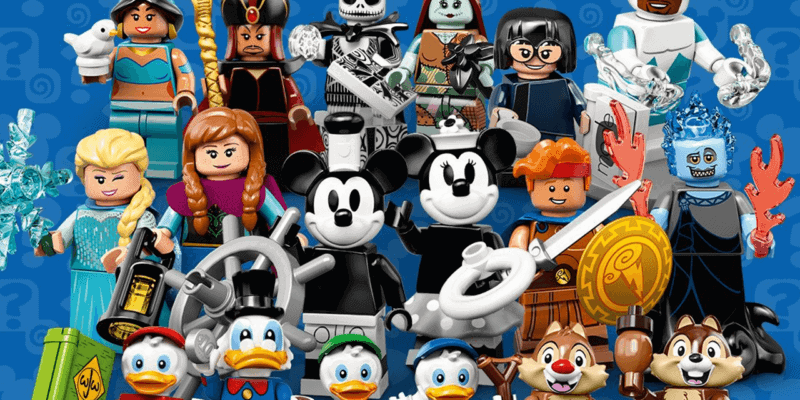 Releasing in just a few weeks, these minifigure blind bags will be on shelves everywhere May 1st, and will retail for $3.99 each. The second batch in the Disney minifigure series will include 18 new characters, including the Steamboat Willie Mickey and Minnie seen in the LEGO Ideas set! (Which is good news for fans who want to display the characters on both the boat and the cool display base!) 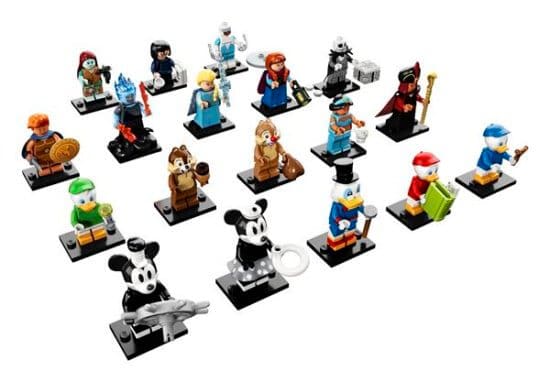 The full line up includes:

Check out the full gallery of characters below!

It’s been close to 3 years since we saw the first series in this collection (Disney announced Series 1 in 2016). Series 1 included characters from Toy Story, The Incredibles, Peter Pan, Aladdin and more!

Check out the original group of figures from Series 1 below: 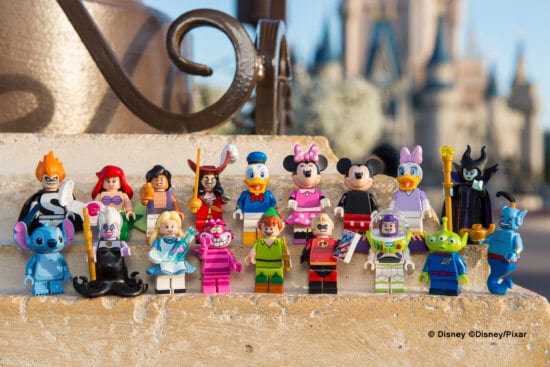