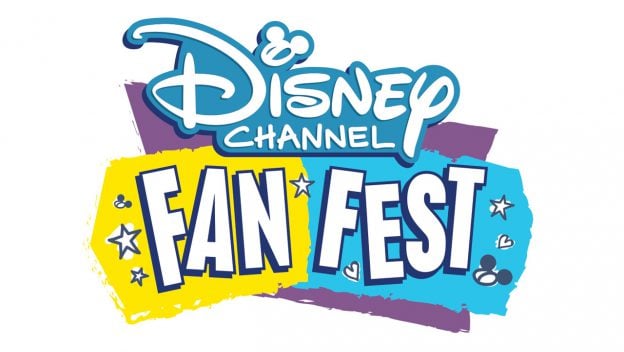 Disney Channel fans, do you want to hang out with your favorite stars from “Descendants 3,” “Zombies,” “Kim Possible,” and more? You’re in luck because the Disney Channel Fan Fest returns to Disneyland Resort on Saturday, April 27, 2019!

The event at Disney California Adventure also features stars from “Andi Mack,” “Raven’s Home,” “Sydney to the Max,” “Coop & Cami Ask the World,” “BUNK’D,” “Bizaardvark” and the upcoming “Just Roll With It.” Below, take a look at special messages from Disney Channel stars.

During the event, fans can enjoy live, interactive main stage sessions, Q&A, musical performances, and presentations from talent and creators at Disney Television Animation, and meet-and-greets. For those fans who can’t wait for “Descendants 3,” the event also includes sneak peeks from the highly-anticipated new movie. It’s a Disney Channel fan’s dream come true!

If you want to meet-and-greet with your favorite Disney Channel stars, you’ll want to arrive early. “Celebrity meet-and-greet experiences will be available for fans with wristband distribution at park opening hour on a first come, first serve basis and while supplies last,” says Disney.

Last year’s Disney Channel Fan Fest was lots of fun, so we’re sure you won’t want to miss out on this year’s festivities. For example, the voice cast of “DuckTales” gathered on stage to read the “McMystery at McDuck McManor” episode (Season 1, Episode 13). You can watch the full readthrough with the cast in our video below.

To stay up-to-date on the Disney Channel Fan Fest 2019 schedule, head over to their website. Can’t make it to the event? Not to worry! The cavalcade and main stage events will be live-streamed on DisneyNOW, Disney Channel YouTube, and Disney Channel Facebook.