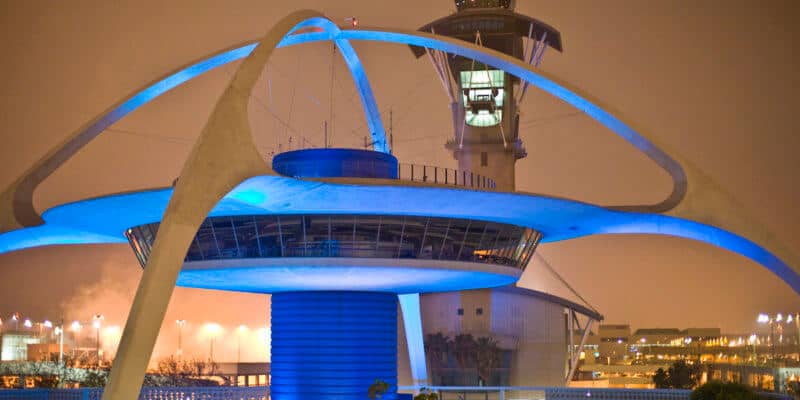 Disney Imagineers once lent their skilled magic in cleverly crafting an infamous airport restaurant known as the “Encounter.” Built in 1960-61, the Theme Building at California’s LAX airport was an icon of design and dining delight.

Looking like something ripped from the cartoon adventures of “The Jetsons,” this retro swanky space-age styled establishment was once the place to visit. With its Tomorrowland inspired interiors, “Encounter” thrilled guests from 1997 until it closed in 2013.

On June 25, 1961, Los Angeles’ brand new airport welcomed Vice-President Lyndon B. Johnson as he dedicated its flying saucer-shaped “Theme Building.” Originally intended to be a massive dome-shaped hub for the new airport, Theme was realized as a reminder of those grand plans.  Within the round walls of this elevated experience, visitors enjoyed a 360-degree view of airport surroundings as the “Theme Room” restaurant rotated during dining (eventually the rotation was turned off).

1993 gave this four-legged LAX icon landmark status as a historic-cultural monument. As part of airport-wide restaurant upgrades, Theme Room was closed in 1996. 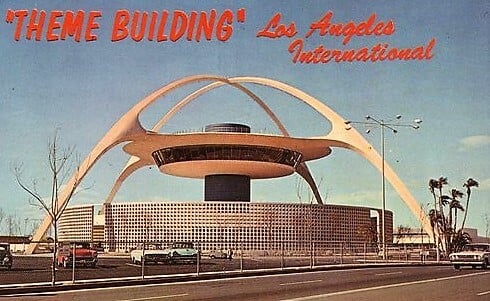 Guided by the insightful Marty Sklar, Theme Room’s redesign was handed over to the experts at Disney. With the help of $4 million, a Walt Disney Imagineering (WDI) redesigned restaurant emerged in 1997. Known simply as “Encounter,” this new dining destination enjoyed dramatic lighting as part of its “retro-futuristic” immersive new interior. Stunning, color changing illumination painted the exterior as well. 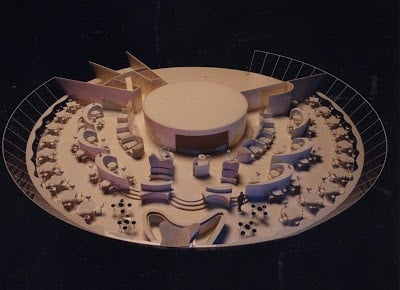 Imagineers borrowed from original Tomorrowland visions in their endeavors:

“We worked with Eddie (Sotto) on the graphic components of the project. It was a wonderful collaboration. At the time, the 1967 version of Tomorrowland was being refurbished. This made us sad. We believed the 1967 Tomorrowland to be the highest achievement in the history of civilization. So, we decided to rescue some of our favorite elements with type design, materials, and color.” -Imagineer Sean Adams (via Your Mileage May Vary). 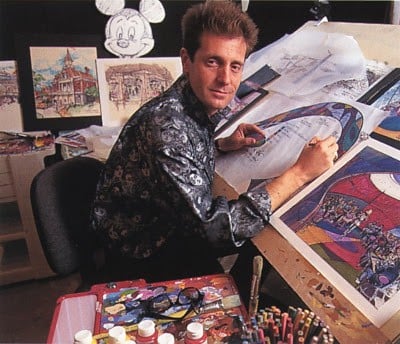 Once WDI worked their magic, Encounter opened (1997) and enjoyed stellar success. Guests would wait for hours to dine in the newly arrived restaurant. During its heyday, Encounter would host celebrity parties, film crews/cast wrap parties, and countless delighted visitors. 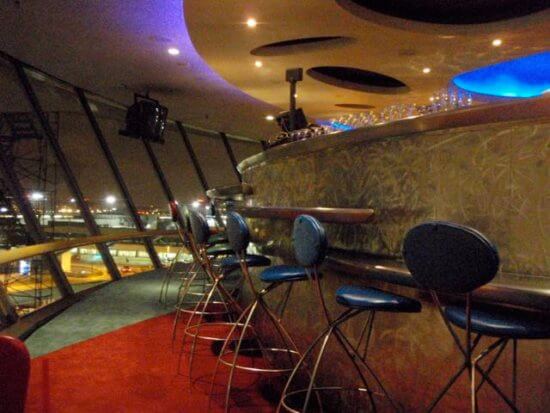 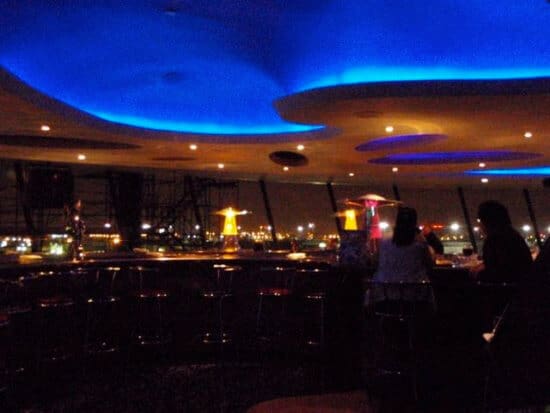 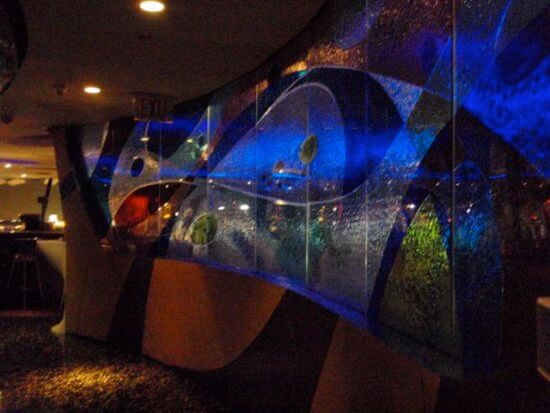 Unfortunately, over the years, Encounter encountered a trio of small tragedies which ultimately ended its existence. Horrific events in New York on September 11, 2001, forced airports around the country to reexamine security concerns. Encounter, being close to the action at LAX was shut down for half a year as a result. Six years later, part of the exterior arch (weighing about 1000 pounds) dropped onto the roof causing another eight-month closure. Just after reopening, earthquake retrofitting surrounded the structure in scaffolding, all but killing business. Encounter eventually exited the scene, closing its doors in December 2013. Currently, Bob Hope USO occupies the space. 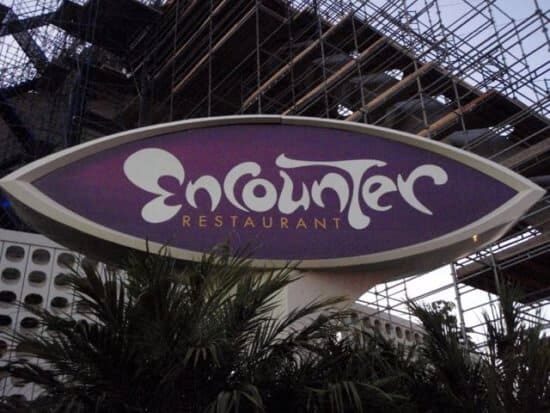 Encounter offers a shining sample of Disney Imagineering magic found outside of Disney theme parks. Special thanks to Sharon and Your Mileage May Vary for insight and information on this 50’s sci-fi worthy wonder. For a deeper dive into the creative process that went into designing Encounter, check out Imagineer Eddie Sotto’s sketches vs final realizations at the Disney and More blog.

Source and images: Your Mileage May Vary, Wikipedia, Disney and More