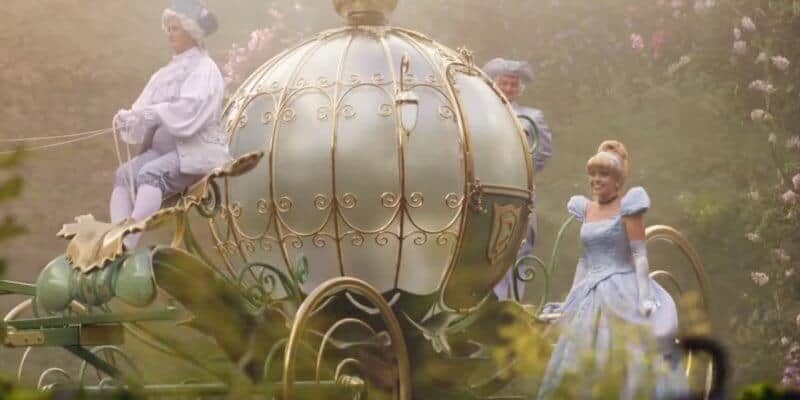 Walmart went all out for the latest advertisement of their grocery pick up service. Well recognized rides from favorite films and television shows are seen taking advantage of the shopping service.

Showcasing a virtual who’s who of classic cars, cartoon, movie and small screen stars zoom in and out during the viral advertisement. Adding to the nostalgic nod, each vehicle remains true to its character. 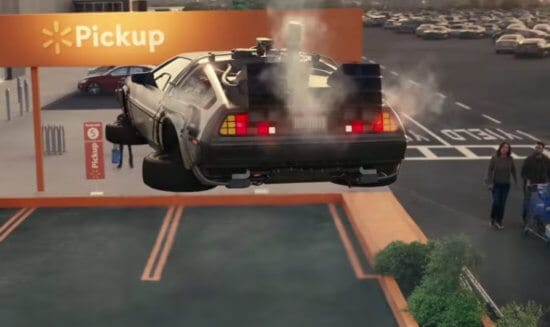 This month’s broadcast of the Golden Globe awards provided perfect placement for the premiere of this high energy, entertaining commercial touting Walmart’s grocery pick up service. During the awards presentation segments of the advertisement teased various pop culture cars and other modes of transportation grabbing groceries in the store’s parking lot. A full version of the ride down memory lane later displayed the vast assortment of well-recognized roadsters from various famous franchises as long adventure. 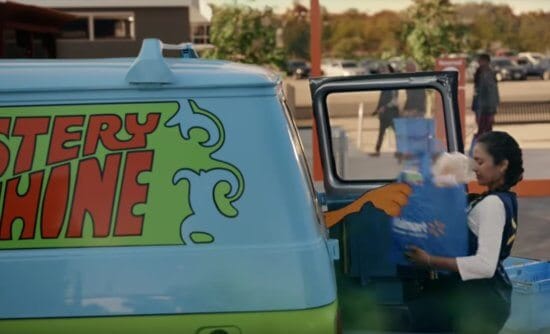 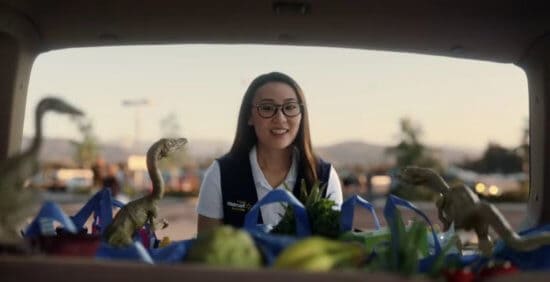 Designed to drive business to its free grocery pickup, this amazing advertisement has all walks of entertainment enigmas using the service. Store pickup, from Wal Mart, allows shoppers to order a minimum of $30 in groceries and then have them all brought to their car for pick up without having to even go into the store. 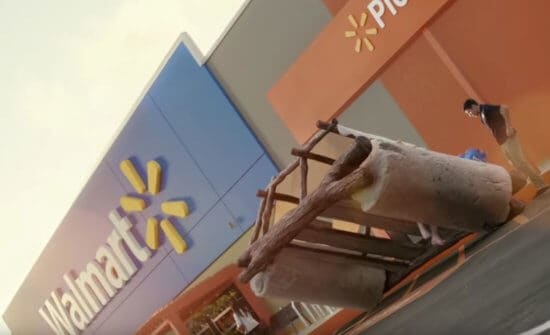 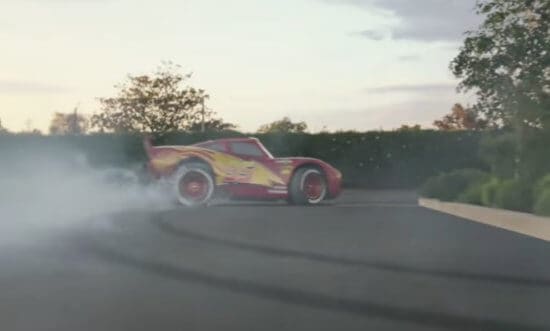 It’s difficult to deny the allure of seeing all of these captivating cars in one happy ninety second segment. The clever commercial easily attained viral status in a matter of days. Adding to the marketing brilliance, Gary Neuman’s 1979 rock hit, “Cars,” brings this joy ride together. 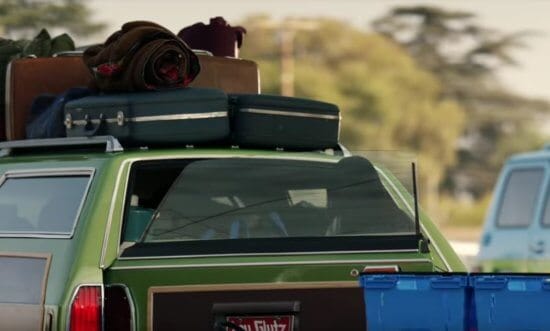 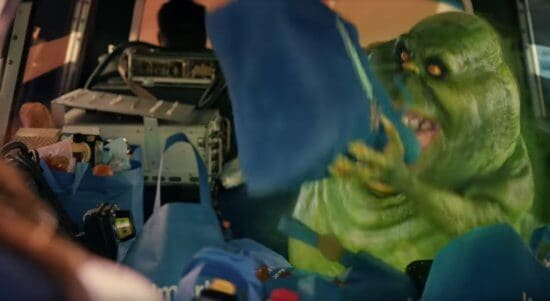 How many movie and television vehicles did you spot in the new Walmart advertisement?  Which vehicle(s) were you most thrilled to see?  Please drive your discoveries to the comments section. 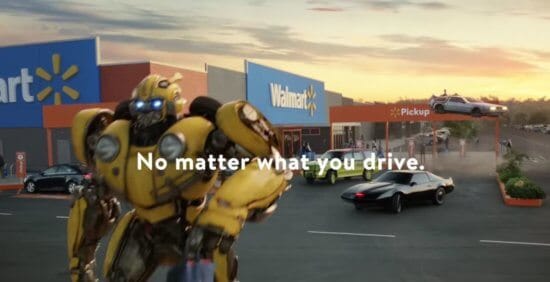 Comments Off on How many movie-mobiles can you spot? Engaging Walmart ad features iconic rides from Disney, Universal and more