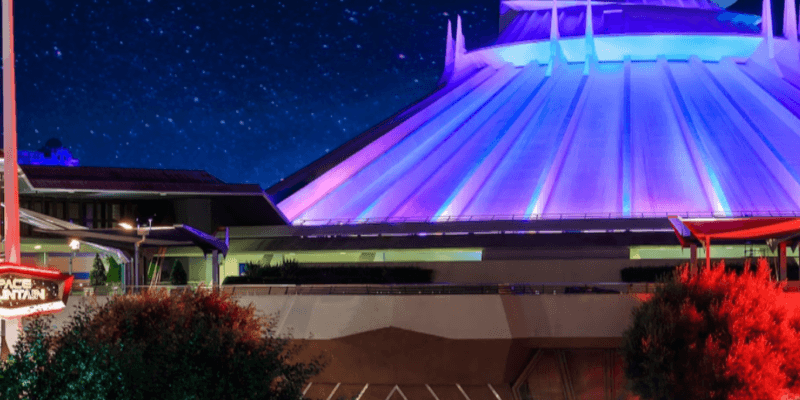 Disneyland’s Space Mountain remains closed since yesterday after a guest climbed off the attraction while the ride was in motion, the OC Register reports.

A Disneyland guest and Southern California resident climbed off the Space Mountain attraction on Tuesday afternoon during a slow-moving part of the ride as the roller coaster was making its initial ascent in the dark. Disney officials stated that the ride vehicle’s lap bar restraint remained engaged and the guest “used force to maneuver his way out of the vehicle.”

Once Disneyland attraction operators realized the man had climbed out of the ride vehicle, they stopped the attraction, located the guest, and guided him to safety. According to Disney officials, the uninjured man, who is in his 20s and has cognitive disabilities, walked under his own power to the Disneyland first aid station. He was later taken to a local hospital for a precautionary examination.

Space Mountain is a thrilling roller coaster in the dark that is meant to be an immersive experience and adventure through space. It is located in Tomorrowland in Disneyland and is known to be one of the most popular attractions at the theme park.

Disneyland immediately contacted the California Division of Occupational Safety and Health, a state agency that inspects rides at theme and amusement parks, after the incident occurred. Space Mountain is currently closed as they proceed with an investigation of the ride’s safety. Additionally, since yesterday’s incident, the OC Register reports that Disneyland has notified the California Occupational Safety and Health Administration of the situation and the theme park is fully cooperating with the investigation.

This incident prompts Disneyland guests, cast members, and officials to continue to encourage park goers to consider the safety of themselves and others when riding attractions at the Disney Parks and all other theme parks. While situations like this are rare, it is important to remember that rules for riding attractions are put in place to protect the safety of all guests and cast members.

The man was uninjured and no police report was filed. Space Mountain remains closed as of the publication of this article. It is unclear when the investigation of the attraction will be finished, but Space Mountain is also scheduled for refurbishment beginning February 25, 2019.