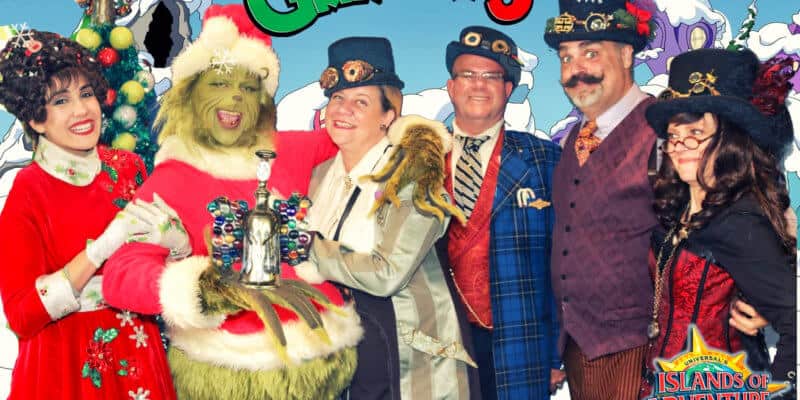 Holiday happiness isn’t limited to friends and family. As evidenced by one fan’s generosity, even the Grinch deserves some seasonal cheer.

St. Augustine resident and Dr. Seuss fan Katie Sawyer has a big heart. For her recent visit to Whoville, she prepared a present for green grouch of Christmastime which caused him to squeal in delight. 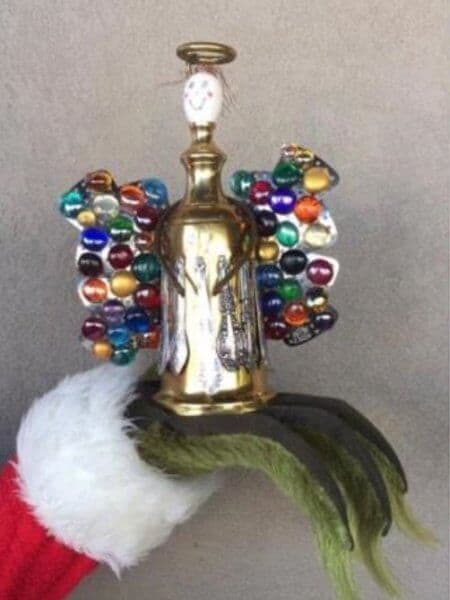 Decked out in their Victorian era Steampunk attire, Rocky and Katie Sawyer embarked on a mission this holiday season. Having handcrafted, from “family heirlooms,” an amazing angel tree topper (inspired by the 2000 film, “How the Grinch Stole Christmas”), finding the Grinch was the top priority. A trip to Whoville, in the heart of Seuss Landing at Universal Orlando Resort’s Islands of Adventure, was in order.

Connecting with friends at the Central Florida theme park, Katie and Rocky shared their surprise with various Whos from Whoville. All were delighted with the magical metal masterpiece. Finally, the grouchy green Grinch was spotted. Present presented, the once cranky creature gloated with glee after getting his gift!

Inside The Magic reader Katie Sawyer gave a special gift to The Grinch this Christmas season at Universal Orlando Resort that turned his frown upside down. Take a look at the special treat that melted this old grumps heart.

Posted by Inside the Magic on Thursday, 6 December 2018

Not only was the “Mean One’s” heart melted, Katie’s thoughtfulness made for magical moments as captured on the above viral video. Beautiful behavior beaming from the Whos in Whoville and a brilliant performance played out by Mr. Grinch himself made this holiday adventure one to remember for all involved. 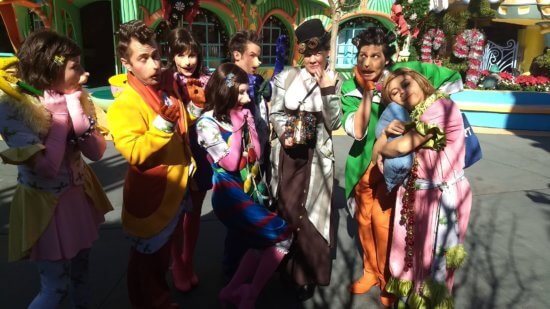 Kudos to those citizens wandering Seuss Landing on December 6th and bravo to Katie for her craftsmanship (along with thanks for the photos and video)! 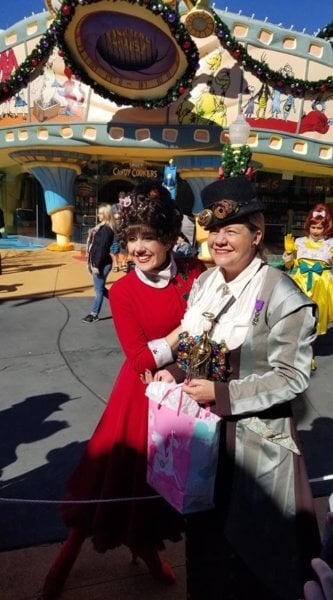 Comments Off on More than one way to melt his heart: Universal Orlando’s Grinch gets a gift