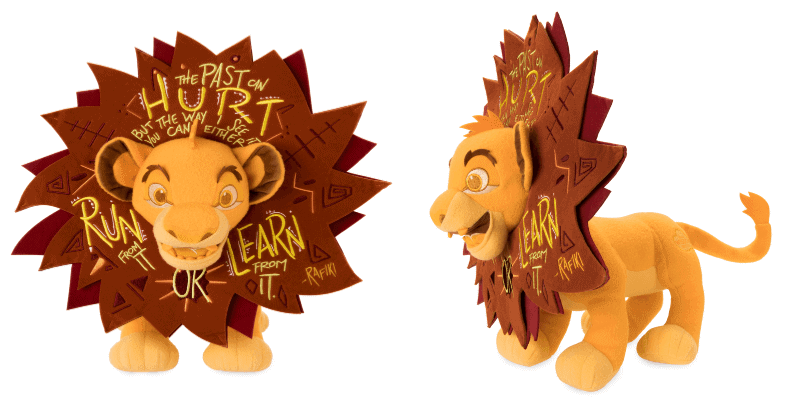 A colorful new collectible series called Disney Wisdom is coming to shopDisney starting in January 2019 (scroll to the bottom to see this month’s collectible), and you’ll love every month of special items. Each month throughout the year, a new batch of collectible items inspired by a Disney character, inspirational quote, and color arrive on shopDisney. Throughout the year, most series have sold out so make sure to order your favorites before they’re gone.

In January, we saw collectibles inspired by Dumbo land in the store. 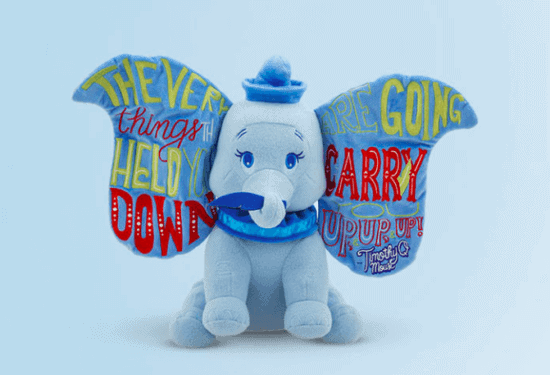 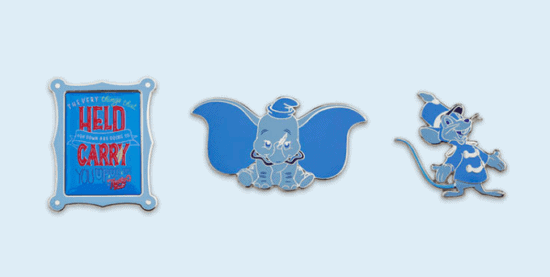 February’s series was a collection inspired by “Mulan” featuring Mushu. February’s inspirational quote comes from The Emperor: “The flower that blooms in adversity is the most rare and beautiful of all.” The “Mulan” collection is available on shopDisney while supplies last. 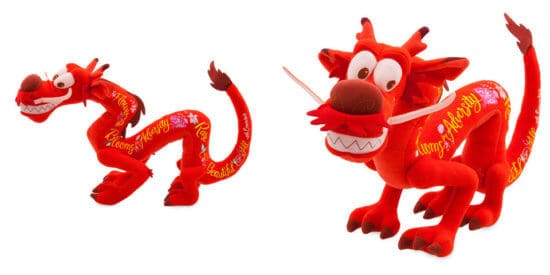 March’s series was “Jungle Book”-themed items featuring Baloo. “Forget about your worries and your strife,” which was sung by the easy-going Baloo in the 1967 movie was March’s inspirational quote. The “Jungle Book” collection is available on shopDisney while supplies last. 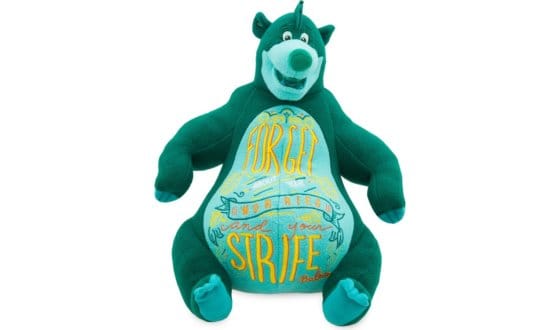 In April, we venture deep into the 100-acre wood and gain insight from Christopher Robin himself. This month’s inspirational quote is “You are braver than you believe, stronger than you seem, and smarter than you think”. The “Winnie the Pooh”-themed items consist of a Piglet plush, pin set, journal and mug which can be purchased on shopDisney. 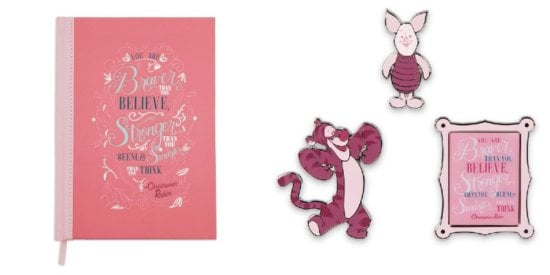 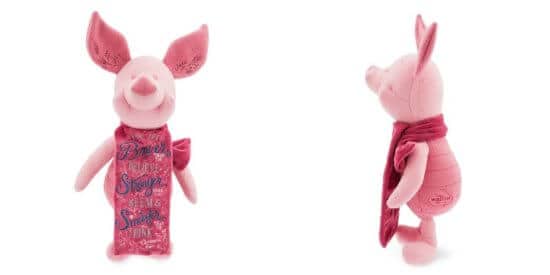 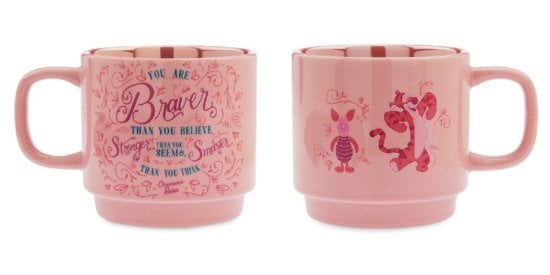 In May, we drew wisdom from wise Grandmother Willow who reminds us that “sometimes the right path is not the easiest one”. Meeko, Pocahontas’ raccoon friend, was this month’s special edition plush. Again, all items for this month is available on shopDisney while supplies last.

June’s series was “Beauty and the Beast” themed items featuring the suave and ever gracious host, Lumiere. The plush for this month was of Lumiere with the inspiring quote “You don’t have time to be timid. You must be bold. Daring.” The “Beauty and the Beast” collection is available on shopDisney while supplies last. 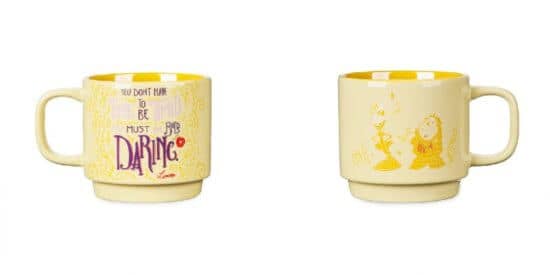 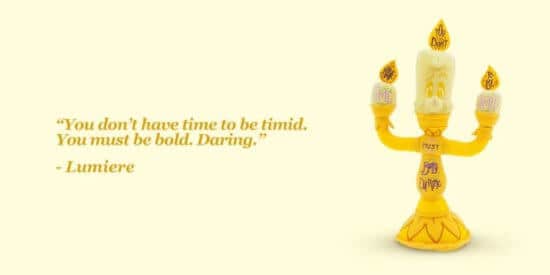 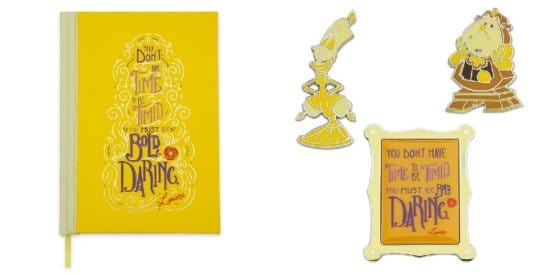 In July, Disney featured the classic Disney favorite, “Pinocchio”. This month we were reminded of the Blue Fairy’s wise words to “Always let your conscience be your guide”.  Again, the “Pinocchio” collection is available on shopDisney while supplies last. 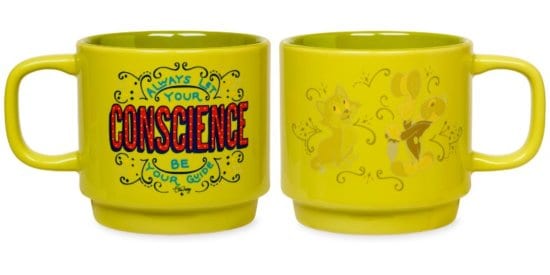 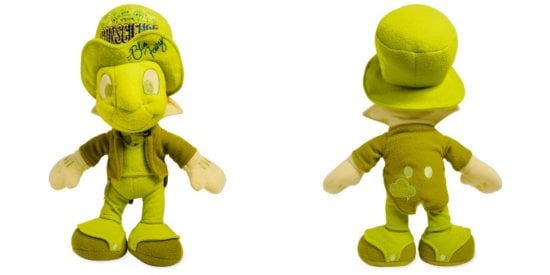 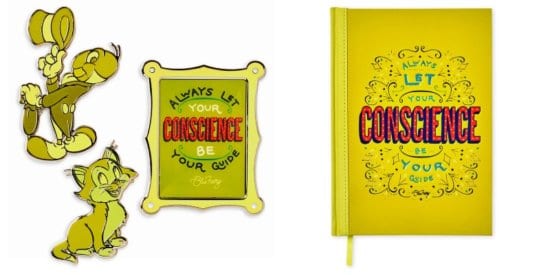 In August, Disney highlighted the classic Disney favorite, “Bambi”. This year, August marks the 77th anniversary of this beloved Disney classic and what better way to celebrate than by adding it to the Disney Wisdom Collection. This month we are inspired by the famous words of Thumper – “If you can’t say something nice…don’t say nothing at all”. Again, all items are available on shopDisney while supplies last. 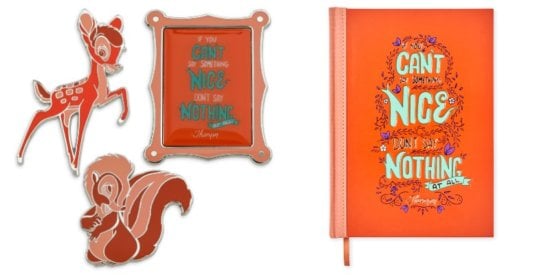 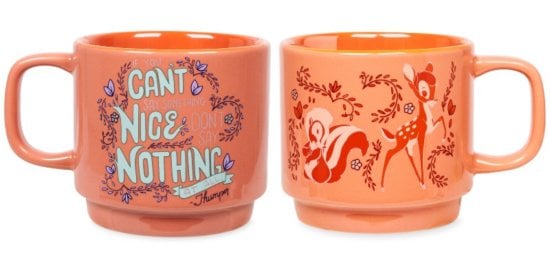 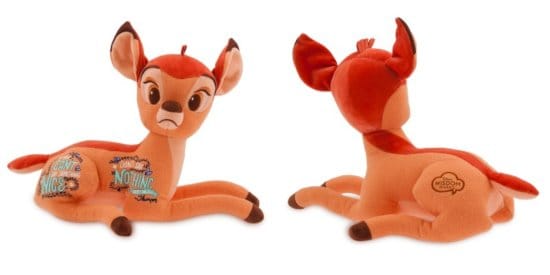 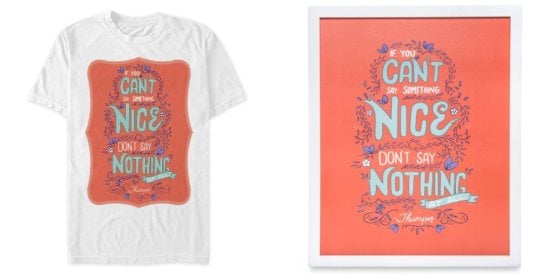 On September 21st, Disney released the next installment for the Disney Wisdom collection which will feature the classic Disney favorite, “The Sword in the Stone”. As the year starts to wind down, Wart reminds us that “Knowledge and wisdom is the real power”! Like prior months, you can choose between a plush, mug, pin set, journal t-shirt or wall decor which all feature the wise wizard, Merlin. Again, all items for this month are available on shopDisney starting on September 21st while supplies last. 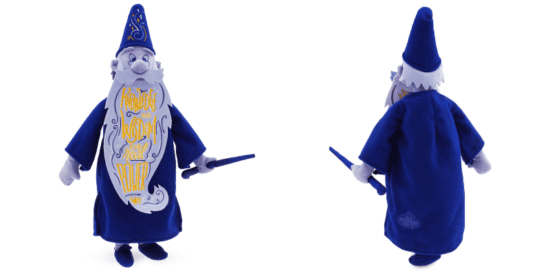 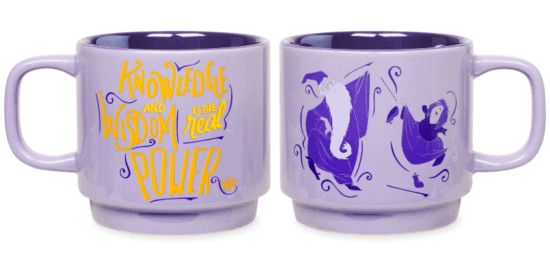 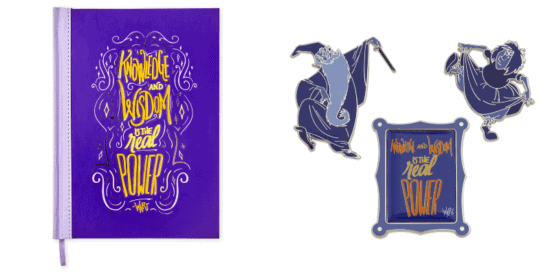 On October 19th, Disney features your favorite blue Genie from the Aladdin series. As the movie reminds us “Like so many things, it’s not what is outside, but what is inside that counts.” We have sampled a few of the items below but also be sure to look for the journal if that is more your style. Remember, all items for this month are available on shopDisney starting on September 21st while supplies last.

On November 16th, Disney will release the next installment for the Disney Wisdom collection featuring the classic movie, The Lion King. Rafiki imparts this month’s words of wisdom with the quote: “The past can hurt. But the way I see it, you can either run from it or learn from it.” Like prior months, you can choose between a plush, mug, pin set, journal t-shirt or wall decor which all feature our favorite Lion King characters. Again, all items for this month are available on shopDisney starting on November 16th while supplies last. 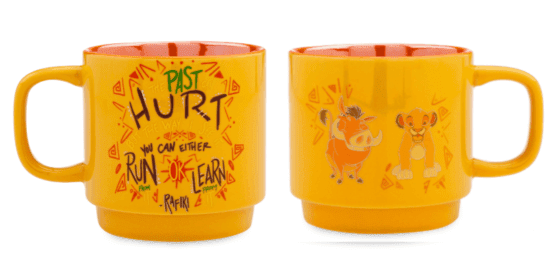 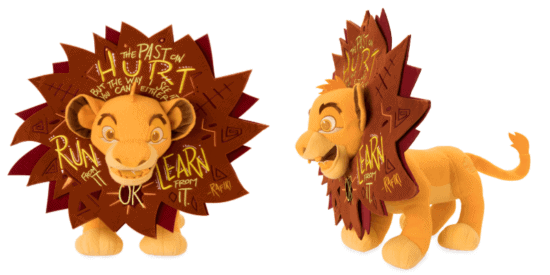 The Rest of the year

During the rest of the year, you can look forward to the following themes and quotes in the Disney Wisdom collection:

New themed items arrive on the third Saturday of every month in 2019. As the current month’s items become available to purchase, the following month’s items will be revealed. To make it even more fun, you can display the collection’s limited edition pins with this canvas pennant featuring a quote from Walt Disney: “It’s kind of fun to do the impossible.” 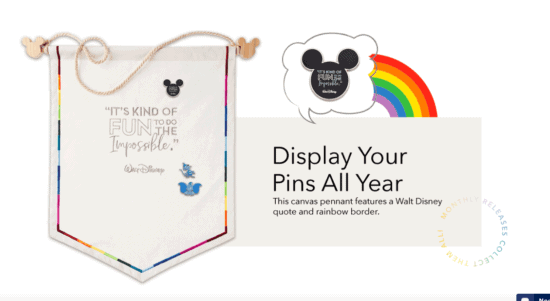 According to INSIDER, the inspiration for the quote-based merchandise came after the success of 2018’s monthly Mickey Mouse-themed items. The first release in that collection featured a Mickey plush with Walt Disney’s quote, “I only hope that we never lose sight of one thing — that it was all started by a mouse.”

Have you been faithfully collecting Disney’s words of wisdom this year? Which collection series has been your favorite so far? Remember, these are only available while supplies last! You can find the limited edition collectible series here.